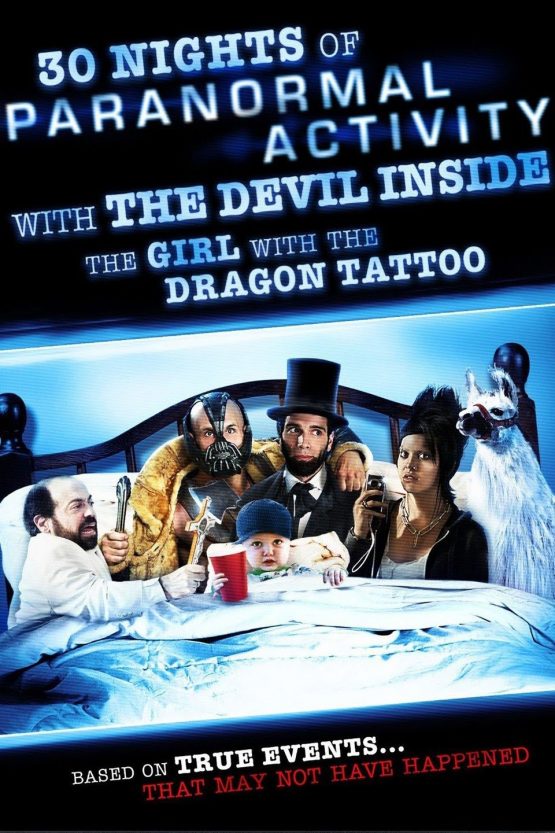 In a spoof of horror films, a young woman released from a psychiatric hospital returns to the house where her father killed the entire cast of `The Artist’ during his exorcism.

30 Nights of Paranormal Activity with the Devil Inside the Girl with the Dragon Tattoo is a 2013 American comedy film directed by Craig Moss and starring Kathryn Fiore, Flip Schultz, and Olivia Alexander. The film parodies several films and generally follows the plots of Paranormal Activity and The Devil Inside, with the title also making reference to 30 Days of Night and The Girl with the Dragon Tattoo.

After living in a psychiatric hospital, Dana (Kathryn Fiore) along with her husband, Aaron (Flip Schultz) attempt to move into their new house where her father (French Stewart) has murdered the entire cast of The Artist during his exorcism. Dana finds herself dealing with various others who live in the house, including an evil spirit and a teenage daughter (Olivia Alexander) who is infatuated with their neighbor Abraham Lincoln (Ben Morrison).