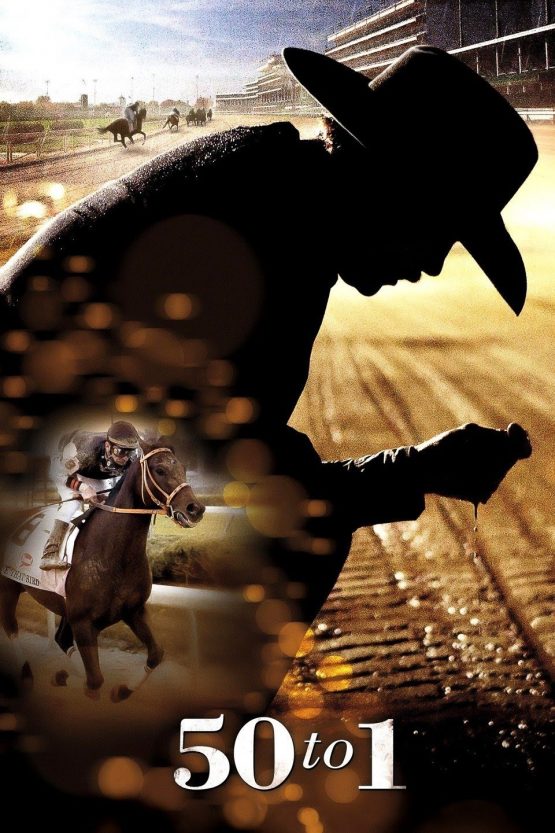 In 2009, the owners of “Mine That Bird” begin an important journey when their colt qualifies for the Kentucky Derby, the first jewel in U.S. horse racing’s Triple Crown.

50 to 1 is a 2014 American drama film based on the true story of Mine That Bird, an undersized thoroughbred racehorse who won the 2009 Kentucky Derby in one of the biggest upsets in the history of the race. The film received a limited release on March 21, 2014. It was directed by Jim Wilson, who also co-wrote the script with Faith Conroy, and stars Skeet Ulrich, Christian Kane and William Devane. Jockey Calvin Borel, who rode Mine that Bird to his upset Derby win, plays himself in the film.

A misfit group of New Mexico cowboys find themselves on the journey of a lifetime when their undersized thoroughbred racehorse qualifies for the Kentucky Derby. Based on the inspiring true story of Mine That Bird, the cowboys face a series of mishaps on their way to Churchill Downs, becoming the ultimate underdogs in a final showdown with the world’s racing elite. Mine That Bird pulls off a monumental upset (at 50-to-1 odds) by winning the 2009 Kentucky Derby.