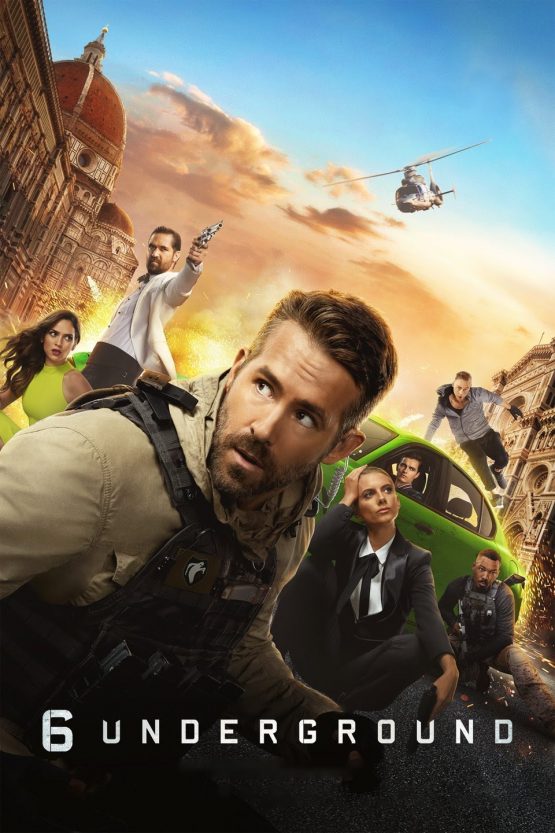 Six individuals from all around the globe, each the very best at what they do, have been chosen not only for their skill, but for a unique desire to delete their pasts to change the future.

Four years after witnessing the horrors of a brutal regime in the Central Asian nation of Turgistan, an unnamed American billionaire and philanthropist, who made his fortunes from inventing neodymium magnets, fakes his own death to form an anonymous vigilante squad to take down criminals and terrorists that governments will not touch. Now known as “One”, he recruits five other people to abandon their pasts and join his cause as “ghosts”: Two, a spy; Three, a hitman; Four, a parkour runner and thief; Five, a doctor; and Six, a driver.

On their first mission in the Italian city of Florence, the team kills the lawyer of Turgistan’s four generals before they drive across the city in a green Alfa Romeo Giulia Quadrifoglio while chased by the Mafia and the police. Six is killed just as they manage to get away. Days later, One recruits Blaine, a former Delta Force sniper suffering from survivor’s guilt over his inability to save his team due to orders in Afghanistan, and renames him “Seven”. One plans a mission to stage a coup d’état to topple the government of Turgistan dictator Rovach Alimov and install his imprisoned brother Murat as the country’s new leader during the Day of the Dead. It is revealed that Two had reluctantly captured Murat and handed him back to Rovach before becoming a Ghost.

The team assassinates Rovach’s generals in Las Vegas and successfully extracts Murat from Hong Kong, but Four is nearly killed until Seven intervenes despite protests from One. Following an argument between One and Seven about One’s willingness to leave people behind, the Ghosts break their code of anonymity and reveal each other’s names. In Turgistan, One sets his plan in motion by hacking the state-run television station during Rovach’s address to give Murat a voice to the people. Murat’s impromptu speech inspires the citizens to revolt while strategic explosions in the city force Rovach to evacuate to his private yacht and Murat occupies the palace. The Ghosts storm through the yacht and One activates a magnetic pulse to incapacitate the guards. When the yacht is immobilized in the middle of the ocean, One decides to save Four from a henchman instead of capturing Rovach. Rovach flees by helicopter, only to discover it to be commandeered by Murat and the Ghosts, who drop him near the border to feed him to the refugees that fled his regime.

In the aftermath of the revolution, Murat becomes Turgistan’s new president and the ghosts part ways until they are once again needed. Two and Three begin a relationship, as well as Four and Five, and One travels to New York City and sees his son, whom he will pass his fortunes to should he die in the next mission.

Be the first to review “6 Underground Dvd” Cancel reply