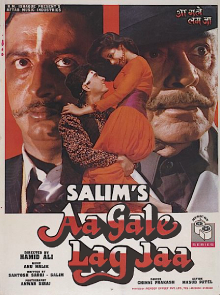 Roshni, a wealthy heiress, wants to marry Suraj, a poor man, but her mother disapproves as his father is an ex-prisoner. Meanwhile, a series of murders take place and the suspicion falls on Suraj.

Jugal Hansraj is a poor boy raised by his uncle Paresh Rawal. Urmila Matondkar is a rich girl raised by her widowed aunt Reema Lagoo. Urmila & Jugal fall in love, but her aunt opposes the marriage on knowing that Jugal is the son of the driver of Urmila’s father, who also happened to be his murderer. Jugal’s uncle confirms that his real father was indeed in prison, but he was killed on release by a speeding truck.

Jugal’s dreams are shattered. Suddenly, someone starts killing Urmila’s father’s business partners. Suspicion points towards Jugal. The murder cases are assigned to a weird Police Inspector Gulshan Grover. After realizing that killer is some third person nobody knows about, the Inspector arranges a trap for him.

It is found that the killer is Jugal’s supposedly dead father. He tells everybody that the real killers were Urmila’s father’s business partners who were afraid that her father would expose their frauds. They framed Jugal’s father who tried to remove the knife out of his masters body. Before the Inspector can arrest him, Jugal’s father finds the last partner in the hospital and kills him.he Cut face off Plasic surgery Jugal Hansraj Ah Gale Lag Jaa 2

Jugal’s father surrenders to the police and the film ends.