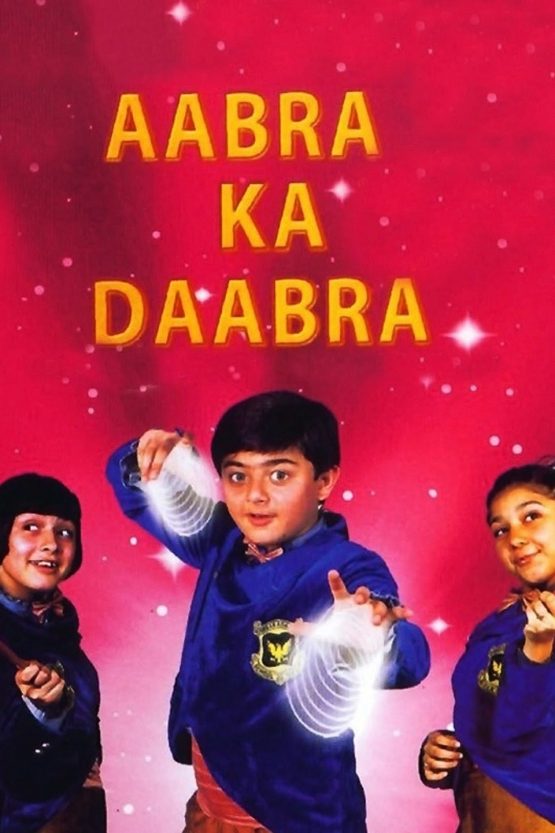 A young student sets out on a quest for a magic potion that can bring back his missing father. He faces several hardships while trying to find and rescue his father.

Aabra Ka Daabra is a 2004 Bollywood film. It was the first 3D Plus film in Indian cinema.

Shanu Singh lives a middle-class lifestyle with his dad, Rahul, and mom, Shivani. Rahul is a magician and performs Houdini-like tricks. Once while being locked in an iron cask and thrown into the sea, he does not surface and everyone believes he is dead, leaving Shanu to become a waiter in Dilbaug’s Dhaba, while Shivani becomes a governess to Pinky, who is the daughter of Sindhi businessman, Maneklal. Shanu and Pinky win Parle-G and Camlin Pencils contest and are enrolled in Aabra Ka Daabra — the school of magic, that was founded by Sage Adityanand, which is now run by a magician Rang Birangi, who has enormous magical powers.