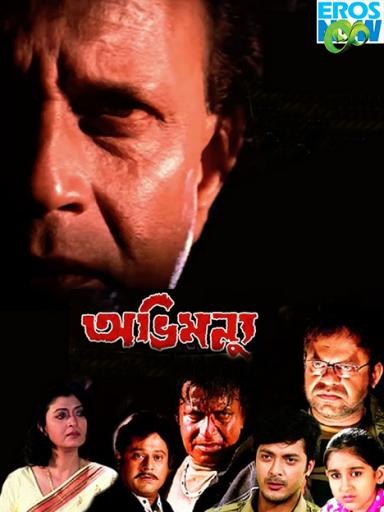 Raj Sinha, a policeman, kills gangster Durjo Rai’s son in an encounter. He soon asks Abhimanyu, a suspended colleague, to protect the last two members of his family from Rai.

Durjoy Ray is a terrorist leader who has links with Kamal Pasha, another leader across the border. One of Durjoy Ray’s commanders, Raghab Ray is caught by Inspector Raj Sinha. Many terrorists are killed in the encounter. To take revenge, Durjoy Ray’s team members kill all the members of Raj Sinha’s family, barring Nandini – Raj’s sister-in-law, and her daughter Rimi. Raj gets the news that terrorists may again attack his family. Nandini and Rimi are not in the house and are thus safe. Raj learns that his long-lost friend Abhimanyu Nag is still alive. Abhimanyu is a very capable officer of the crime branch, but when he fails to overpower a group of terrorists who were trying to cross the border because he failed to give the “pipe” order, he is suspended permanently from his job. He is accused of having links with the terrorists. The truth, however, is that Abhimanyu’s wife and daughter were being held at gunpoint at that time, making Abhimanyu completely helpless. Raj appoints Abhimanyu the bodyguard of Nandini and Rimi. Though initially reclusive, Abhimanyu strikes a friendship with Rimi and also with her mother Nannui. But Rimi is kidnapped one day and Abhimanyu is left wounded and hospitalised. Bikram Sen blames Abhimanyu for this event. Terrorists want Raghab Ray in exchange for Rimi. Abhimanyu learns of Bikram Sen’s deal with Durjoy Ray in exchange of Raghab Ray for Rimi. He kills Bikram. Rimi escapes with help from a terrorist, but is again caught. Raj Sinha locates the place where Durjoy Ray and the released terrorist Raghab are hiding. Police carry out raids. Abhimanyu kills Raghab and Durjay but finally he himself succumbs to fatal wounds.

Be the first to review “Abhimanyu Dvd” Cancel reply