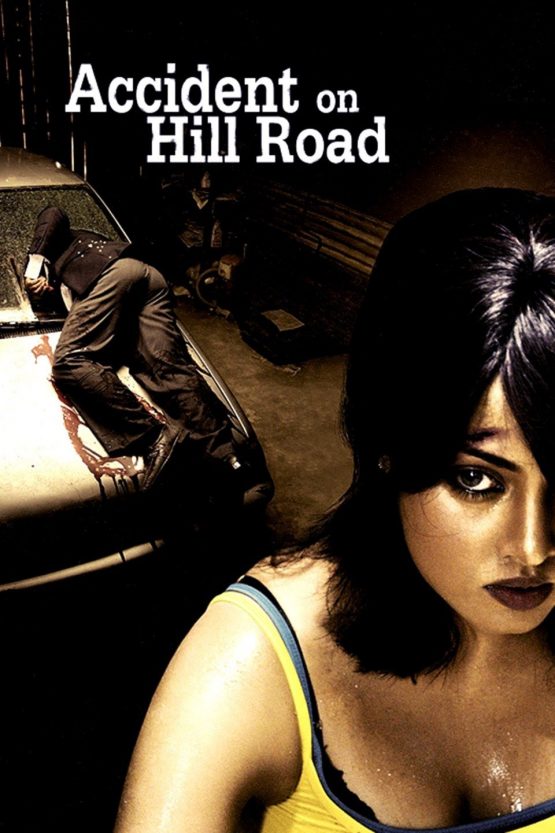 Sonam’s night of celebration turns into a disaster when her car hits an innocent man. Afraid of being punished for the crime, she decides to hide him but invites trouble in turn.

Accident on Hill Road is a 2009 Bollywood film, directed by Mahesh Nair and produced by Nari Hira, starring Farooq Sheikh, Abhimanyu Singh, Celina Jaitly. The film is an authorised remake of the 2007 American film Stuck, which is based on the true story of Chante Mallard.

Sonam (Celina Jaitly) is approved for a job in London for which she has to go for VISA checking. She drinks too much alcohol at a party and thus drives the car herself despite the warning by her friend. She runs over a man Prakash (Farooq Sheikh) on her way home from the party that night. She tries to drive the car to her parking secretly and searches for help. But she cannot afford to go to the police because it can lead to strict punishment for ‘drink and drive’ case and her VISA can be cancelled. Thus she keeps Prakash in the parking. With all these, she gets late the next day for the hospital in which she works.

Without any other option, she takes the help of her drug dealer boyfriend Sid (Abhimanyu Singh). Sid consoles her and they engage in sex. The next day, they both plan to just kill Prakash and dump him. As soon as Sid begins to execute the plan, it goes in an unexpected direction. Prakash kills Sid when Sid tries to do the verse. Now Sonam finds out that Prakash is alive and Sid is dead. To avoid a police case or any other hazard, she plans to kill him at any cost. But Prakash somehow dodges her and tries to escape the parking garage. While this attempt, Sonam hits him in his head and makes him nearly dead. She pulls him back to the garage and pours diesel all over the garage and tries to burn it. But meanwhile, Prakash uses the car and dashes Sonam. He again tries to escape while Sonam begs for help. In anger of helplessness, she shoots at Prakash which burns the whole garage. Sonam dies but Prakash gets out of it where some people spot him and rescue him.