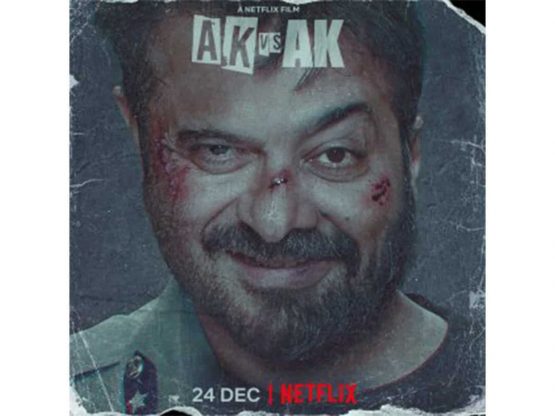 After a public spat with a movie star, a disgraced director retaliates by kidnapping the actor’s daughter, filming the search for her in real time.

AK vs AK is a 2020 Indian Hindi-language black comedy thriller film directed by Vikramaditya Motwane and is the first release under his banner Andolan Films. Anurag Kashyap, the executive producer and dialogue writer, also stars alongside Anil Kapoor as the title characters, with Yogita Bihani, Sonam Kapoor Ahuja, and Harshvardhan Kapoor in supporting roles. The story, written by Avinash Sampath, utilises a film-within-a-film narrative where the main actors play fictionalised versions of themselves. After a public feud between Kashyap, an eccentric film director, and Anil Kapoor, an aging film star, the former kidnaps the latter’s daughter (Ahuja) and forces Kapoor to search for her while his assistant (Bihani) films them as part of his next project, with most of the film shown from the perspective of her camera.

The idea for the film was conceived by Sampath in 2013, and development started after he sent it to Motwane. At first, the film’s title was AK vs SK, with Shahid Kapoor playing himself in the latter role, but schedule conflicts caused the film to be shelved in 2016. The project was resurrected in late 2019 with Anil Kapoor in the role instead and a new script. Filming took place a couple months later, and after an unconventional marketing campaign launched a few weeks before the film’s release, AK vs AK debuted on Netflix as one of the service’s original films on 24 December 2020. It initially received positive reviews, with praise going to the film’s novel structure as well as Kashyap and Kapoor’s performances. However, the ending and its buildup was considered underwhelming by critics.

The film starts from the camera of an aspiring filmmaker, Yogita, who is filming Anurag Kashyap for a documentary. Kashyap and Anil Kapoor are interviewed by Sucharita Tyagi for a MAMI event. After an audience member asks if the director or the actor is more important, they start arguing about the question and insulting each other’s careers, culminating in Kashyap throwing a glass of water in Kapoor’s face. This becomes a major scandal for Kashyap, with other film personalities cutting ties with him and backing out of his projects. As he sits in his bedroom enraged, Yogita announces she has an idea.

Later, on Christmas Eve and Kapoor’s birthday, Kashyap visits his set along with Yogita and pitched him a new story about a mad director who kidnaps the daughter of an aging actor. Kapoor is initially uninterested until he realises that his daughter, Sonam, has actually been abducted by Kashyap, who wants to capture his real reactions during his search. Kashyap tells him that he has ten hours (until sunrise the next day) to find her and sets three rules: he can’t get anyone else involved, all phone calls must be on speakerphone, and Yogita’s camera must always stay on.

Kapoor first tries going to the police, but Kashyap and Yogita catch up and convince them it is just a rehearsal for their film. Kapoor is still somewhat unconvinced that Sonam was actually kidnapped, so Kashyap shows a live feed of her being held by a masked man with a knife. After talking to his son Harshvardhan, Kapoor finds out through her driver that she was last seen at a hotel. He bribes the manager there with an endorsement to see the CCTV footage and spots the getaway driver’s face, hoever, his search on the streets of Mumbai returns little success. Kapoor goes home and stealthily texts Harshvardhan the truth, but his confused reaction alerts Kashyap and causes him to confront Kapoor upstairs. While fighting, the masked man cuts Sonam’s finger off, so Kapoor relents. Eventually, someone directs him to a Christmas celebration, where Kapoor finds the driver, Javed, through the viewfinder. Kapoor chases him through and around Mumbai Central before a car hits him. Bloodied, Kapoor breaks down in front of the camera, regretting his absence as a father and begging Yogita for any information. Kashyap, having slowed down due to his asthma, finally arrives to taunt Kapoor and make him continue. At another Christmas celebration, Kapoor has to dance for the crowd until someone tells him where Javed lives, where they finally capture him.

Javed directs them to where he was told to take Sonam, however, Kashyap insists that Javed is lying. They end up arriving at Kashyap’s house, where another videocall shows Sonam is in his DVD room. When they get in, not only is Sonam gone, but Kashyap’s parents have also been kidnapped. After a struggle between the trio, Kashyap reveals the original site and they rush theret. A mysterious masked man with another camera shows up, but they don’t find anyone else as the sun rises and time runs out. Although Kashyap repeatedly claims that these events were not in his script, Kapoor discovers a copy and forces him to read it, which states that Kashyap intentionally diverted him, then planned to take a gun from his bag and force Kapoor to choose between killing himself or Kashyap with it. Kapoor interrogates an increasingly agitated Kashyap with the aforementioned gun and accidentally shoots him.

The perspective shifts to a standard one as Kapoor and Yogita drive Kashyap to the hospital. Sonam and Kashyap’s parents are later found in the basement of Kashyap’s home, with Kashyap being charged for their kidnapping. As he lays in his hospital bed, Kapoor reveals that he had actually masterminded everything: angered at Kashyap’s comments, he convinced Yogita after the panel show to help frame Kashyap in exchange for a break into the industry and conspired alongside his family to make most of the dramatic turns happen, with Harshvardhan having purposely hit him with the car. Months later, the resulting film wins Yogita (as director) and Kapoor Filmfare Awards, while a deranged Kashyap plots vengeance from a mental asylum.

Be the first to review “AK vs AK Dvd” Cancel reply 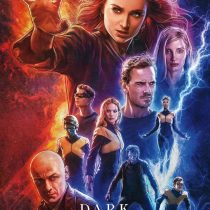