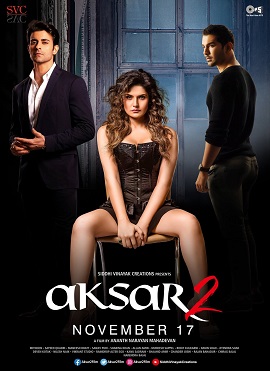 Patrick, an investment banker, hires Sheena as a caretaker for Miss Khambatta, an old lady. However, the situation gets worse when Patrick reveals his true identity.

An old lady, Dolly Khambata (Lillette Dubey), needs a governess as her earlier governess has died in a road accident. Her financial advisor, Patrick Sharma (Gautam Rode), hires Sheena Roy (Zarine Khan) even though she is way younger than 50 years which is the age requirement for this job. Patrick is very close to Dolly Khambata but, he soon tells Sheena that he is not very fond of her. Patrick has a glad eye for Sheena whom he forces to sleep with him. Sheena already has a boyfriend, Ricky (Abhinav Shukla). It is soon revealed that Ricky is actually the estranged nephew of Dolly Khambata. The aunt and nephew have had a fallout over the matter of property and wealth. Ricky had vowed to drag Dolly to court so that he can get his share of the property which Dolly has in her possession. There is also Dolly Khambata’s trusted lawyer, Gaurav (Sreesanth).

Sheena reveals to Patrick that Dolly has made him the beneficiary of her bungalow in London, in her will. Unable to believe that Dolly could do so, he somehow opens her locker and gets hold of the will. He is pleasantly surprised to see his name in the will.

The house manager, Bachchan (Mohit Madan), now confronts Patrick and asks him for a favour. It turns out that Sheena and Bachchan are hand-in-glove to usurp the property of Dolly. Bachchan, who is expert at copying people’s signatures, promises to keep the London property bequeathed to Patrick while changing the will to bequeath the rest in his and Ricky’s name.

The suspense unfolds as Ricky and Bachchan are killed in the different accident, and only Patrick, Sheena and Mrs. Khambata are left.

Be the first to review “Aksar 2 Dvd” Cancel reply