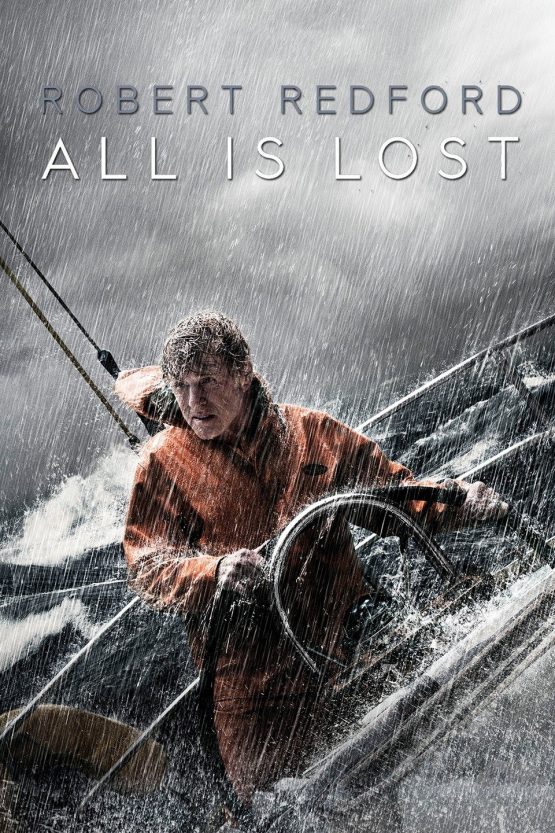 All Is Lost Dvd

The yacht of a man, who is on a solo voyage, collides with a shipping container. With his scanty supplies depleting, the sailor braves extreme conditions to survive.

All Is Lost is a 2013 survival drama film written and directed by J. C. Chandor. The film stars Robert Redford as a man lost at sea.[A] Redford is the only cast member, and the film has very few spoken words. All Is Lost is Chandor’s second feature film, following his 2011 debut Margin Call. It screened out of competition at the 2013 Cannes Film Festival.

The film begins with a flash-forward eight days hence, in which the protagonist narrates a letter addressing people he will miss, as the camera pans across a lost shipping container.

In the Indian Ocean, a man (Robert Redford) wakes to find water flooding his boat. He has collided with a wayward shipping container, ripping a hole in the hull. He uses a sea anchor to dislodge the container, then changes course to tilt the boat away from the hole. He patches the hole and uses the manual bilge pump to remove the water from the cabin. The boat’s navigational and communications systems have been damaged by saltwater intrusion. The man tries to repair the marine radio and connects it to one of the boat’s batteries. When he climbs the mast to repair an antenna lead, he sees an oncoming tropical storm.

When the storm arrives, the man runs before the wind. He intends to heave to, but as he crawls to the bow to hoist the storm jib, he is thrown overboard and regains the deck after a struggle. The boat capsizes and rights itself; during a second roll, which throws the man overboard again, the boat is dis-masted and most of the equipment is destroyed. After going below deck and being knocked out by colliding with a post, he regains consciousness to find the boat sinking, so he abandons ship in an inflatable life raft. When the storm is past, he salvages whatever he can from his sinking boat and transfers it to the raft. Before the boat sinks, he tends to the gash on his forehead.

As the man learns to operate a sextant, he discovers he is being pulled towards a major shipping lane by ocean currents. He survives another storm but his supplies dwindle, and he learns too late that his drinking water has been contaminated with sea water. He improvises a solar still from his water container, a plastic bag, and an aluminum can, producing fresh water, and he snags a fish, but it is snapped up by a shark before he can reel it in.

The man is passed by two container ships, which do not see him despite his use of signaling flares. He drifts out of the shipping lane with no food or water. On the eighth day, he writes a letter, puts it in a jar, and throws it in the ocean as a message in a bottle. Later that night, he sees a light in the distance. He tears pages from his journal along with charts to create a signal fire. The fire grows out of control and consumes his raft. He falls into the water and allows himself to sink. Underwater, he sees the hull of a boat with a search light approaching his burning raft. He swims towards the surface to grasp an outstretched hand.

Be the first to review “All Is Lost Dvd” Cancel reply