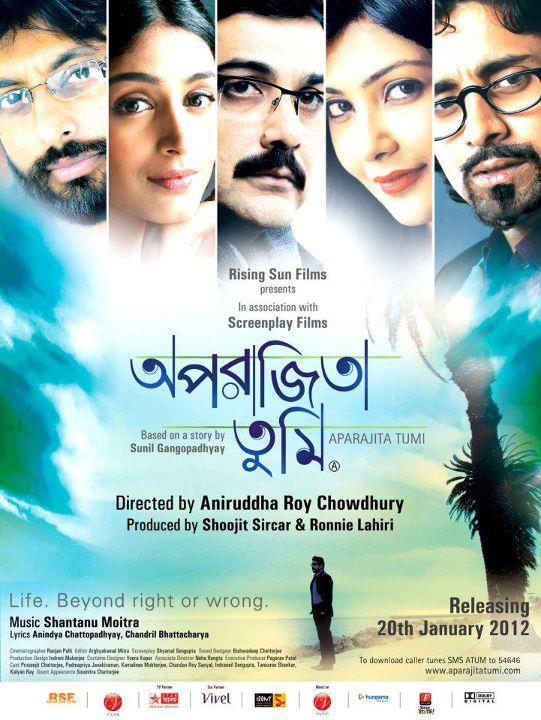 Kuhu moves out of her husband, Pradip’s home when she comes to know of his ongoing affair with Ushoshi. But when Pradip is diagnosed with cancer, she puts aside all differences and tends to him.

Pradip and Kuhu, an NRI couple with two children, start having problems because of Kuhu’s straightforward nature and blatant comments which end up hurting people. Ushoshi and Ronojoy are another couple. While Ronojoy seems to be a cynical workaholic who is not bothered about the voids in his life, Ushoshi is extremely sensitive about things like their childlessness. As Kuhu repeatedly hurts the insecure Ushoshi, Pradip finds himself empathizing with her, and they eventually end up having an affair. Kuhu moves out with her children, whom she temporarily places in the care of her parents, while she takes time to think about her next step. Meanwhile, she has a brief encounter with ex-boyfriend Yusuf, which brings back nostalgic old memories, pain and loneliness. While Yusuf is clearly interested in a relationship, Kuhu is cold and distant, which finally drives him away.

Meanwhile, Pradip suffers from splitting headaches, and it is soon discovered that he has cancer. As he battles the disease, Kuhu finally comes back, perhaps forgiving him. Ushoshi’s husband comes to know about her affair with Pradip, and profoundly eccentric and cynical as he is, he sets her free to choose what she wants to do next without complaint. Ushoshi comes to visit Pradip, and Kuhu behaves quite normally with her, attempting to brush aside any bitterness. Ushoshi says that she has decided to return to India, and leaves without saying goodbye to Pradip.

In the end, Kuhu is seen alone on a beach, clutching a book of poems (সুধীন্দ্রনাথ দত্তের শ্রেষ্ঠ কবিতা) Yusuf had presented her, and along with that, she holds a letter he had left her, mentioning how he was going away, not willing to disturb her anymore.

Be the first to review “Aparajita Tumi Dvd” Cancel reply