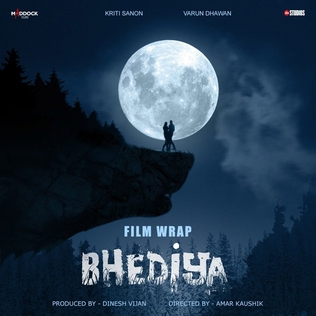 Bhediya (transl. Wolf) is an upcoming Indian Hindi-language comedy horror film directed by Amar Kaushik and produced by Dinesh Vijan, featuring Varun Dhawan and Kriti Sanon in the lead roles with Janhvi Kapoor and Flora Saini reprising their roles from the previous installments Roohi and Stree. The film is the third installment in Dinesh Vijan’s horror-comedy universe. The principal photography begun in March 2021, and the film will release theatrically worldwide on 14 April 2022.

Be the first to review “Bhediya dvd” Cancel reply