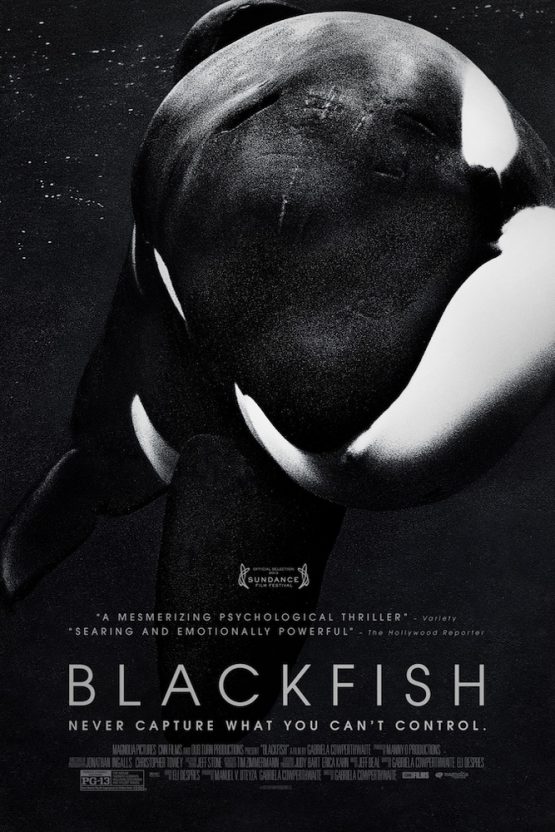 The story of Tilikum, a captive killer whale that has taken the lives of several people, underscores problems within the sea-park industry, man’s relationship to nature, and how little has been learned about these highly intelligent mammals.

Blackfish is a 2013 American documentary film directed by Gabriela Cowperthwaite. It concerns Tilikum, an orca held by SeaWorld and the controversy over captive killer whales. The film premiered at the 2013 Sundance Film Festival on January 19, 2013, and was picked up by Magnolia Pictures and CNN Films for wider release. It was nominated for the BAFTA Award for Best Documentary.

Dawn Brancheau at SeaWorld Orlando in 2006.
The documentary concerns the captivity of Tilikum, an orca involved in the deaths of three people, and the consequences of keeping orcas in captivity. The coverage of Tilikum includes his capture in 1983 off the coast of Iceland and his purported harassment by fellow captive orcas at Sealand of the Pacific. Cowperthwaite argues these incidents contributed to the orca’s aggression.

Be the first to review “Blackfish Dvd” Cancel reply