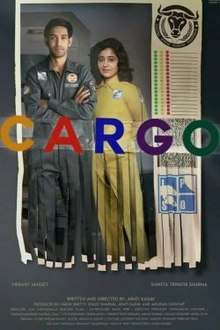 After an epidemic spreads all over Australia, a father searches for someone willing to protect his daughter.

Cargo is a 2019 Indian Hindi-language science fiction film written and directed by Arati Kadav. The film is produced by Kadav, Shlok Sharma, Navin Shetty and Anurag Kashyap. Starring Vikrant Massey and Shweta Tripathi in the lead roles, the story is set on a spaceship named Pushpak 634A where a demon Prahastha, works for the Post Death Transition services with the help of a female astronaut, where dead people are recycled for rebirth. Cargo premiered at the 2019 MAMI Film Festival under the spotlight section. The film premiered on Netflix on 9 September, 2020

Be the first to review “Cargo dvd” Cancel reply