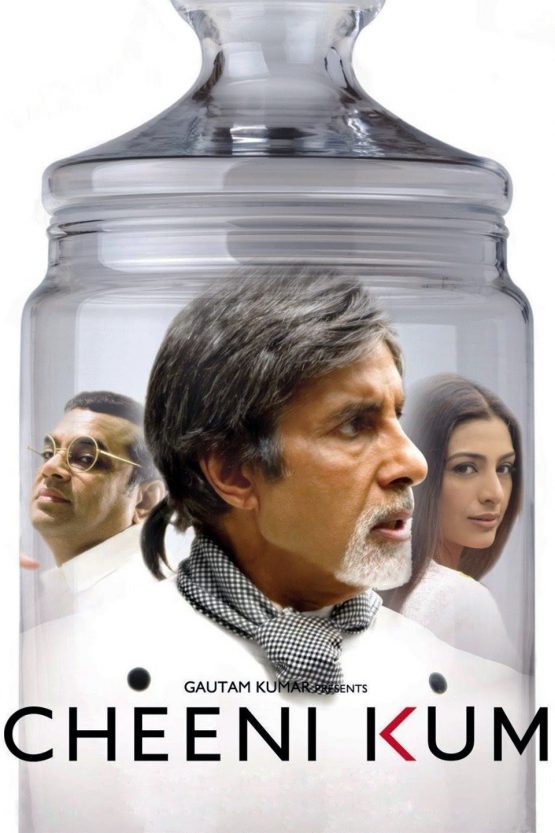 Buddhadev Gupta, a 64-year-old chef, falls in love with a 34-year-old software engineer, Nina. However, their future becomes uncertain when he discovers that her father is six years his junior.

Cheeni Kum focuses on Buddhadev Gupta (Amitabh Bachchan). Buddhadev is the 64-year-old chef and owner of London’s top Indian restaurant, Spice 6. He lives with his 85-year-old mother (Zohra Sehgal) and his only friend and confidante is his 9-year-old neighbour, ‘Sexy’ (Swini Khara) who is diagnosed with cancer. Buddhadev Gupta is an arrogant, ego-centric, pompous man with a singular passion in life — cooking. He is a confirmed bachelor who has never been in love until 34-year-old Nina Verma (Tabu) walks into his restaurant and his life. Nina is a beautiful and charming Indian woman. Cool, calm, quiet, always smiling but independent and strong willed. The two contrasting in age, character and attitude, meet and against all odds, fall in love. They decide to get married and like any Indian man, Buddhadev respectfully comes to ask Nina’s father, Omprakash Verma (Paresh Rawal), who is a true Gandhian living in Delhi, for her hand. The main problem here is that Buddhadev is older than Nina’s father. Omprakash is horrified when Buddhadev asks his daughter’s hand and refuses. He attempts to dissuade his daughter by going on a Gandhi like starvation act. Omprakash finally realises his mistake and lets Nina have her way.

Be the first to review “Cheeni Kum Dvd” Cancel reply