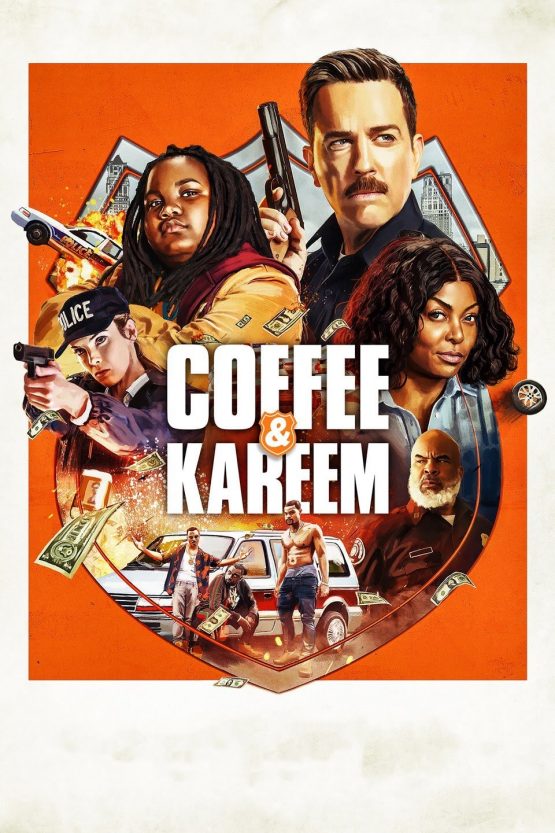 A 12-year-old’s scheme to scare away his mom’s new boyfriend, police officer James Coffee, backfires, exposing his family to a secret network of criminal activity.

Coffee & Kareem is a 2020 American action comedy film directed by Michael Dowse and written by Shane Mack. It stars Ed Helms, Terrence Little Gardenhigh, Betty Gilpin, RonReaco Lee, Andrew Bachelor, David Alan Grier and Taraji P. Henson, and follows a bumbling Detroit cop who must rescue his girlfriend and her 12-year-old son from gangsters after the boy witnesses a murder.

It was released on April 3, 2020, by Netflix. The film received generally negative reviews from critics, who called it an “awkward blend of kid-friendly premise and thoroughly adult humor”.

While police officer James Coffee (Ed Helms) enjoys his new relationship with Vanessa Manning (Taraji P. Henson), her beloved 12-year-old son Kareem (Terrence Little Gardenhigh) plots their break-up. Attempting to scare away his mom’s boyfriend for good, Kareem tries to hire criminal fugitive Orlando Johnson (RonReaco Lee) to take him out. In doing so, he accidentally exposes a secret network of criminal activity involving drugs and dirty cops, which makes his family its latest target. To protect Vanessa, Kareem teams up with Coffee – the partner he never wanted – for a dangerous chase across Detroit, trying to stay alive.

It is revealed that Coffee’s Captain Hill (David Alan Grier) and Detective Watts (Betty Gilpin) are the bad cops. Watts murders Hill and ultimately kidnaps Vanessa and Kareem. Coffee is able to rescue them, and the cops bust Watts’s drug deal, with some help from Johnson, who never really wanted to be in drugs in the first place. Watts survives the explosion of the drug warehouse and tries to shoot Coffee, but Vanessa shoots her. Kareem finally admits that he’s okay with Coffee dating his mom.

Be the first to review “Coffee & Kareem Dvd” Cancel reply