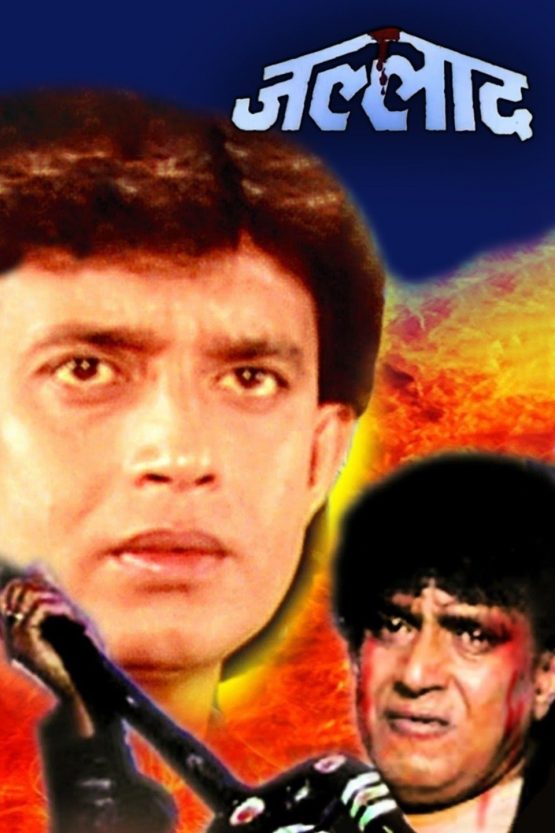 A young police inspector sets out on a quest to find out the truth of his real parentage after his marriage gets postponed.

Jallaad (English: Executioner) is a 1995 Indian Hindi-language action film, directed by T. L. V. Prasad, released on 15 September 1995. The film stars Mithun Chakraborty in a dual role as father and son as boath opposite cherecter’s where son as positive and father in negative role. Rambha in the lead roles. which also won him various awards under the Best Actor in a Negative Role category. It was a hit movie. The film was the remake of the Tamil film Amaithi Padai, starring Satyaraj.

Kranti Kumar, an honest Police Inspector, lives with his grandparents. He goes to a small town in Southern India to be introduced to a prospective bride, Koyel, the daughter of Gopinath. The Police Inspector falls head over heels in love with Koyel and wants to marry her. Koyel too falls in love with him. When the time comes for finalizing the marriage, a man comes forward alleging that the Police Inspector is not who he claims to be, but rather was born out of wedlock and does not know who his father is. This leads to the postponement of the marriage, and the inspector questioning his grandparents as to who he really is and who his father was. His grandfather starts recounting Kranti’s mother, Gayatri’s life, the fact that Amavas drugged her (Gayatri) and raped her, but refused to acknowledge her after he won a local election for which he was selected by a shady politician to lure the innocent public to vote for him so that he can plunder the nation. Watch as this story shows how greed and avarice can encompass even the simplest of men and transform them into a monster. Mithun Chakraborty plays a double role in this movie.

Be the first to review “Jallaad Dvd” Cancel reply