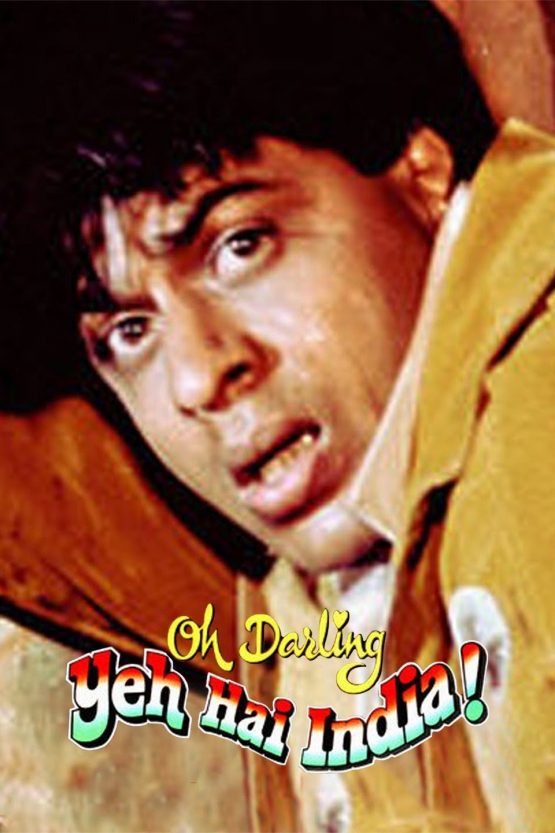 A gangster plans to take over the country by replacing the president with a lookalike. A man and woman, who are complete strangers, get wind of this conspiracy and try to save the country.

Don Quixote (Amrish Puri) is a don who plans on selling India in a widely publicised auction. His plan is simple — kidnap the president (Anupam Kher), replace him with a lookalike (also Anupam Kher), throw a scare and “force” the fake president to sell India. Hero (Shah Rukh Khan) is new to Bombay and broke. Miss India (Deepa Sahi) is busy living it up the night she meets Hero. They meet and decide to spend the night entertaining each other in any way possible.

Meanwhile, Don Quixote’s son Prince (Javed Jaffrey) has set his eyes on Miss India, who shows no interest in him. The night turns out to be an adventurous one for Hero and Miss India. Hero discovers that Miss India’s father is a drunkard who wants her to enter prostitution, while Miss India discovers that Hero has a brain tumor. When they find out Quixote’s plans, they decide to save the president.

Quixote is killed in some riots and Prince takes his throne. Prince decides to continue his father’s plan. Hero and Miss India, in disguise, manage to enter the auditorium where the auction is taking place. Prince suddenly makes an entry with his henchmen. Hero, Miss India, and their friends successfully overpower the cronies. Some people previously rescued by Hero and Miss India kill the fake president, pushing a hose in his mouth, causing his stomach to inflate and explode. When Prince attacks Hero and Miss India, causing all three of them to smash the glass and fall out of the building, Hero and Miss India create a parachute from an Indian Flag, taken from Prince’s body. During the jump, Prince falls to his death. Hero and Miss India land on the roof of a double-decker bus, and Hero declares that he is glad to be alive. When Miss India reminds him that he has a brain tumor, Hero tells her that the X-ray she saw was taken a year and a half ago.