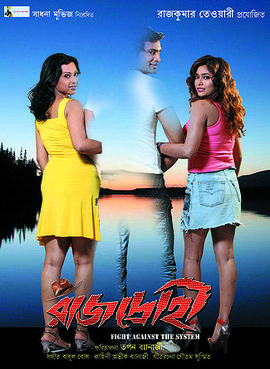 Deep finds himself neck deep in trouble when a failed experiment makes him invisible. His only chance is to find his missing father who may have an antidote. His quest leads him to many secrets.

Rajdrohi : Fight Against The System is a 2009 Science fiction Bengali film directed by Tapan Banerjee. This is sixth directorial film after 2007 “Prem”. The film is starring Anshuman, Swati, Manali and Rajatava Dutta. This film is slated to release on 25 December 2009 and is the first science fiction film of its kind in Bengali till date. The film deals with invisibility of human being and is quite similar to H.G. Wells’ The Invisible Man.

Deep (Anshuman) gets in a fix when a laboratory test on him makes him invisible. Rest of the film shows his search for his father who invented the antidote and comes to know about many shocking secrets.

Be the first to review “Rajdrohi Dvd” Cancel reply