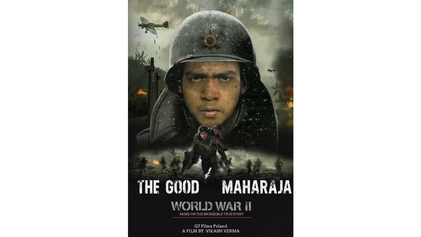 Its a period movie based on the true life event of the Maharaja of Jamnagar saving 1000 polish kids during the world war II, Love story woven with lot of action and drama.

Principle photography began on 21 February 2020, with the scenes of the film being shot in 3 languages: Hindi, English and Polish. Produced on a budget of ₹400 crore (US$53 million), the film will release theatrically worldwide on 17 December 2022.

Be the first to review “The Good Maharaja dvd” Cancel reply