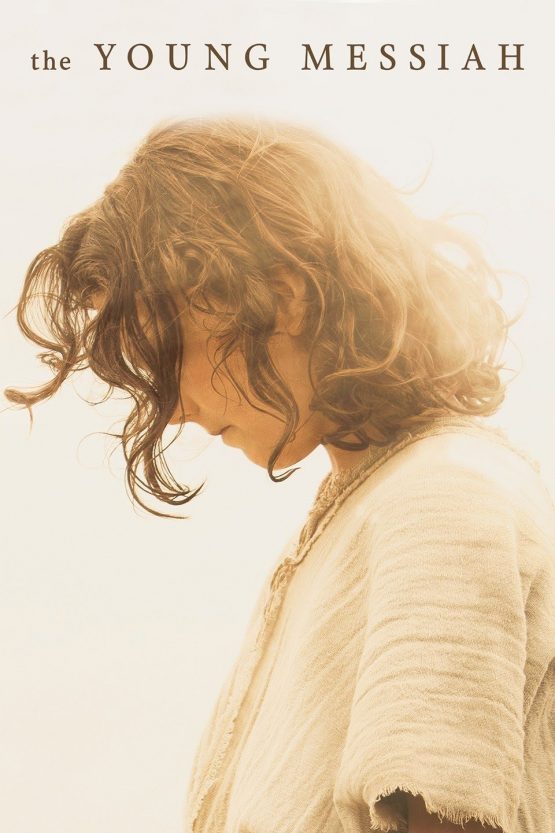 Seven-year-old Jesus returns to his hometown in Nazareth with his family. He soon realises that he has been sent by God to Earth to be the saviour of humanity.

The Young Messiah is a 2016 American biblical drama film directed by Cyrus Nowrasteh and co-written by Betsy Giffen Nowrasteh and Nowrasteh, based on the novel Christ the Lord: Out of Egypt by Anne Rice. The film stars Adam Greaves-Neal, Sean Bean, David Bradley, Lee Boardman, Jonathan Bailey, and David Burke. The film revolves around a fictional interpretation of a seven-year-old Jesus, who tries to discover the truth about his life when he returns to Nazareth from Egypt.

Nowrasteh acquired the film rights in 2011, and wrote the script along with his wife Betsy Giffen. Chris Columbus developed the film through his 1492 Pictures banner and helped the film financing by Ocean Blue Entertainment. FilmDistrict acquired the US distribution rights in 2013, which were later transferred to Focus Features in 2014. Filming began on September 15, 2014, in Matera and Rome, Italy.

Although the film was known throughout production as Christ the Lord, Focus Features announced on September 1, 2015 that it would now be called The Young Messiah. Nowrasteh said in a press release, “This new title better conveys how our film seeks to present a realistic portrait of Jesus as a child both grounded in faith and consistent with the adult Jesus revealed in the Bible.”

At the age of 7, when Jesus returns from Egypt to his home in Nazareth with his family, he discovers the truth about his life. He realizes he is the Son of God, sent by God, to be the savior of humanity.

The movie begins with Jesus playing in Alexandria with his cousins when one of the local boys “Eliezer” beats Jesus and then turns to his female cousin. Lucifer throws an apple before the bully Eliezer and he falls to his death. Then Lucifer turns the crowd against the young boy Jesus and they gather around accusing him of cursing Eliezer. His mother saves him from the mob but as he and his cousins hide in the house they ask the young Jesus to do to Eliezer what he did to the young bird. The camera cuts to a flashback of a young Jesus bringing a dead bird to life.

Jesus sneaks out of the house and into Eliezer’s home where preparations are being made for his disemboweling and burial. When he raises Eliezer from the dead the boy promptly resumes beating Jesus. Eliezer’s parents ask Joseph, Jesus and Mary to leave Alexandria saying “7 years is more than enough”.

Joseph tells Mary, uncle Cleopas and his extended family that he had a dream and it is time to return to Israel because King Herod the Great is dead. Mary insists on returning to Nazareth instead of Bethlehem. The family departs for Israel.

On the road to Israel Jesus and his family encounter an increasingly unwell Cleopas coughing and though Mrs. Cleopas asks Jesus to heal him , Jesus says he cannot because he has been asked not to. As the family rests Jesus runs off to play and walks straight into an ambush with rebellious Jews waiting for a passing Roman cavalry. One of the rebels tries to turn away the boy Jesus and when the Romans become suspicious and the attack commences the rebel pushes away the young Jesus from harm’s way and sacrifices his own life. One of the Centurions saves the boy Jesus from one of the Roman soldiers.

Jesus runs back to his family to find Cleopas increasingly delirious and raving by the river Jordan. Jesus cannot resist and moves to heal his uncle Cleopas. As he heals his uncle the news spreads and reaches the new Jewish King, Herod Archelaus, Herod the Great’s son, who orders his Roman Centurion to find the boy healer and execute him.

Upon arrival at their family home in Nazareth the Roman soldiers arrive and accuse them of banditry and rebellion. Grandmother Sarah arrives in the nick of time and share sweet cakes and good wine to give to the soldiers. The soldiers are won over by the hospitality and spare Joseph and the extended clan.

The centurion returns to Herod Archelaus in the middle of a belly dancing entertainment. He informs the Centurion that he just crucified a man who told him about the return of Jesus. The crucified informant tells the Centurion of the general direction and informs him of a camel he gave to the boy as a gift.

The child Jesus is taken to the rabbi for schooling. He amazes them with his wisdom and knowledge and they accept him but Jesus faints on the way back. Lucifer torments Jesus as he lies unwell and tells him that his little miracles will mean nothing.

Jesus is restored to health and he asks to visit Jerusalem for Passover. The centurions track Jesus to Sarah’s house in Nazareth but they have already departed for Jerusalem. The soldiers extract information about the boy’s name. The soldiers intercept the travelers on the road but the family departs from the road and hides in the caves.

Jesus departs from the cave in the middle of the night for Jerusalem all by himself asking God for guidance and safety. Jesus enters Jerusalem, his parents follow looking for him. Jesus is given some coins by well meaning pilgrims and he uses the coins to save a sacrificial dove and sets it free. Jesus finds a blind rabbi and asks about what happened 7 years ago in Bethlehem. Lucifer guides the Centurions to the boy by the rabbi. The rabbi is healed by the young Jesus.

The centurion corners Jesus and the people in the temple gather around Jesus claiming him to be the boy who healed the Rabbi. Recognizing that all eyes are on him, the Centurion Severus desists from killing the boy and asks them to leave the temple.

Severus the Centurion falsely reports to Herod Archelaus that the young Jesus was murdered by him. Mary tells Jesus the answers to all the questions he was looking for. The movie ends with Jesus running to his family and just wanting to be a child.

Be the first to review “The Young Messiah Dvd” Cancel reply