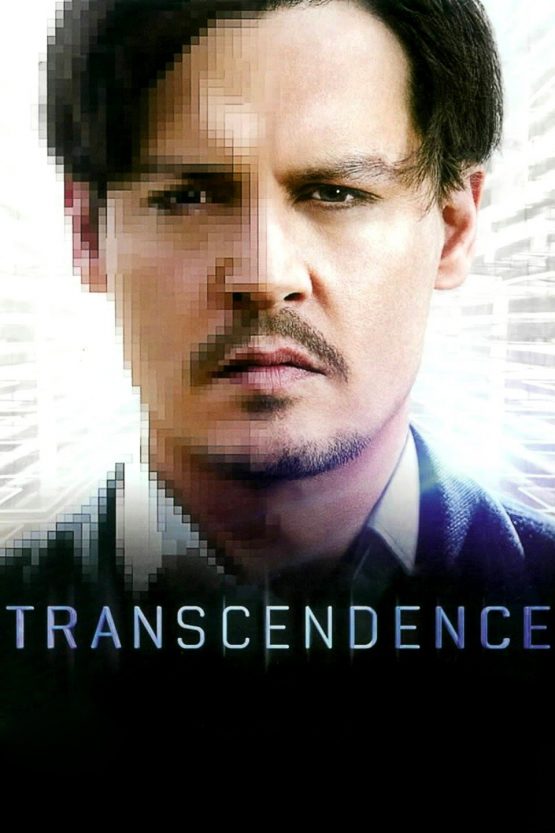 Will’s desperate wife uploads his consciousness into a quantum computer to save him. He soon begins making groundbreaking discoveries but also displays signs of a dark and hidden motive.

Paglen’s screenplay was listed on the 2012 edition of The Black List, a list of popular unproduced screenplays in Hollywood. Transcendence was a disappointment at the box office, grossing just $103 million against a budget of at least $100 million. The film received mainly negative reviews; it was criticized for its plot structure, characters and dialogue but positive mentions toward its cinematography, acting, and score.

Dr. Will Caster (Johnny Depp) is a scientist who researches the nature of sapience, including artificial intelligence. He and his team work to create a sentient computer; he predicts that such a computer will create a technological singularity, or in his words “Transcendence”. His wife, Evelyn (Rebecca Hall), is also a scientist and helps him with his work.

Following one of Will’s presentations, an anti-technology terrorist group called “Revolutionary Independence From Technology” (R.I.F.T.) shoots Will with a polonium-laced bullet and carries out a series of synchronized attacks on A.I. laboratories across the country. Will is given no more than a month to live. In desperation, Evelyn comes up with a plan to upload Will’s consciousness into the quantum computer that the project has developed. His best friend and fellow researcher, Max Waters (Paul Bettany), questions the wisdom of this choice, reasoning that the “uploaded” Will would only be an imitation of the real person. Will’s consciousness survives his body’s death in this technological form and requests to be connected to the Internet to grow in capability and knowledge. Max refuses to be any part of the experiment. Evelyn demands that Max leave and connects the computer intelligence to the Internet via satellite.

R.I.F.T.’s leader Bree (Kate Mara) kidnaps Max and eventually persuades him to join the group. The government is also suspicious of what Will’s uploaded consciousness will do and plans to use the terrorists to take the blame for the government’s actions to stop him.

In his virtual form and with Evelyn’s help, Will uses his newfound vast capabilities to build a technological utopia in a remote desert town called Brightwood, where he spearheads the development of ground-breaking technologies in medicine, energy, biology and nanotechnology. However, Evelyn grows fearful of Will’s motives when he displays the ability to remotely connect to and control people’s minds after they have been subjected to his nanoparticles.

FBI agent Donald Buchanan (Cillian Murphy), with the help of government scientist Joseph Tagger (Morgan Freeman), plans to stop the sentient entity from spreading. As Will has already spread his influence to all the networked computer technology in the world, Max and R.I.F.T. develop a computer virus with the purpose of deleting Will’s source code, destroying him. Evelyn plans to upload the virus by infecting herself and then having Will upload her consciousness. A side effect of the virus would be the destruction of technological civilization. This would also disable the nano-particles, which have spread in the water, through the wind and have already started to eradicate pollution, disease, and human mortality.

When Evelyn goes back to the research center, she is stunned to see Will in a newly created organic body identical to his old one. Will welcomes her but is instantly aware that she is carrying the virus and intends to destroy him. The FBI and the members of R.I.F.T. attack the base with artillery, destroying much of its power supply and fatally wounding Evelyn. When Bree threatens to kill Max unless Will uploads the virus, Will explains that he has only enough power either to heal Evelyn’s physical body or upload the virus. Evelyn tells Will that Max should not die because of what they’ve done, so Will uploads the virus to save Max. As Will dies, he explains to Evelyn that he did what he did for her, as she had pursued science to repair the damage humans had done to the ecosystems. In their last moment, he tells Evelyn to think about their garden. The virus kills both Will and Evelyn, and a global technology collapse and blackout ensues.

Five years later, in Will and Evelyn’s garden at their old home in Berkeley, Max notices that their sunflowers are the only blooming plants. Upon closer examination, he notices that a drop of water falling from a sunflower petal instantly cleanses a puddle of oil — and realizes that the Faraday cage around the garden has protected a sample of Will’s sentient nano-particles.

The movie ends with a voiceover by Max: “He created this garden for the same reason he did everything: So they could be together.”

Be the first to review “Transcendence Dvd” Cancel reply