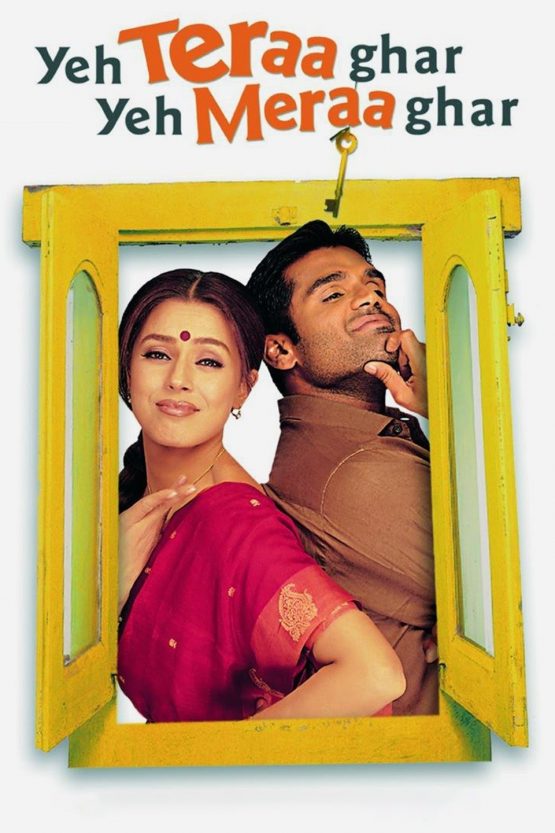 After the death of his father, Dayashankar goes into the city to sell his house to pay for his sister’s wedding. On reaching, he gets perplexed when his tenants refuse to vacate his house.

Yeh Teraa Ghar Yeh Meraa Ghar (transl. This is your house, this is my house) is a 2001 Indian Hindi-language comedy film directed by Priyadarshan. This story of the film is an adaptation of the Mohanlal-starrer movie Sanmanassullavarkku Samadhanam. The film stars Sunil Shetty, Mahima Chaudhry and Paresh Rawal.

After the death of his dad, Dayashankar Manorilal Pandey (Sunil Shetty) arranges the marriage of his two sisters. In debt, he goes to the city to ask the tenants to leave his house, as he intends to sell it and repay his debts. A Maharashtrian woman, her two daughters, Jyoti, Saraswati (Mahima Chaudhry), and one son, Chotu (Master Aditi) are living there. When Dayashankar asks them to vacate, they refuse. What results is Dayashankar’s hilarious attempts to force them to vacate – from seeking legal advice; filing police reports; asking goons to remove them – moving in himself. Will Dayashankar succeed in his attempts to evict his tenants?