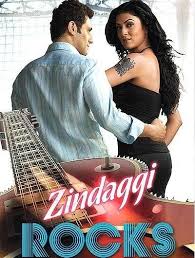 Kriya, a singer and best described as a burst of energy, meets Suraj, a reserved, workaholic doctor. Gradually, they fall in love. But, their respective personal lives are no less than dormant crises.

Zindaggi Rocks (translates as Life Rocks) is a 2006 Bollywood film, directed by Tanuja Chandra and produced by Anurradha Prasad. It is about the love story between a famous singer, Kriya, played by Sushmita Sen and a doctor, played by Shiney Ahuja.

Be the first to review “Zindaggi Rocks Dvd” Cancel reply