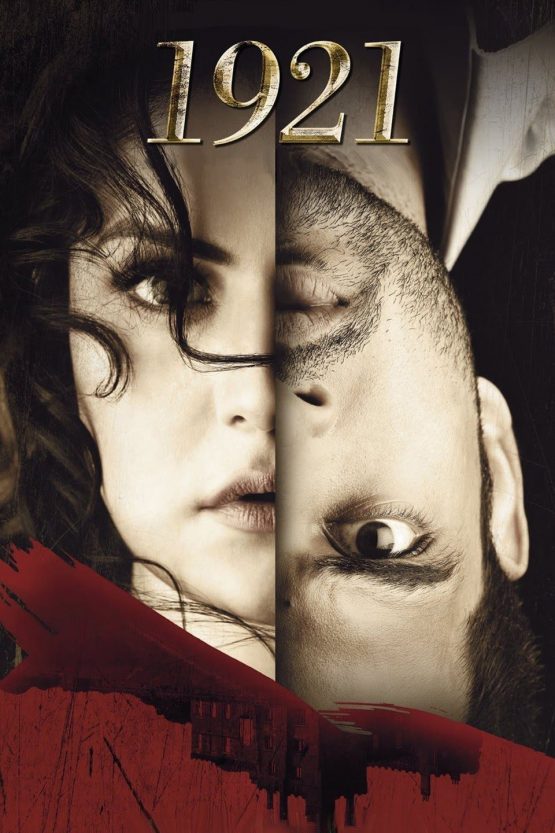 Ayush, a pianist, is offered an all-expenses-paid stay in York by Mr Wadia. However, when he relocates to the mansion, he is haunted by evil spirits and has to ask Rose, a psychic, for help.

1921 is a 2018 Indian horror film, produced and directed by Vikram Bhatt, under his LoneRanger Productions banner. It stars Zareen Khan and Karan Kundra in lead roles and was released on 12 January 2018. It is the first installment in the 1921 (film series) and also a spin-off from the 1920 film series. The film was declared an average grosser at box office.

The film starts in England in 1927 with a crowd of audience waiting for a performance to begin. The host apologizes for the delay and goes backstage and furiously tells a lady called Nafisa to call Ayush (Karan Kundra), who has locked himself in a room. They break the door down to see Ayush has slit his wrist.

Then the film goes in flashback when he was in Bombay. A wealthy man Mr. Wadia (Vikram Bhatt) discovers Ayush’s incredible talents and asks him to take care of his mansion Wadia Manor in York in return of which he would pay for Ayush’s educational expenses. Ayush is overjoyed to hear this and heads towards his journey to the mansion. Ayush is warmly received by the both the housekeeper and the caretaker of the house. Ayush is even more delighted to enter the York College of Music.

Three months later Ayush is doing some paperwork when he is hit with an onslaught of paranormal activities. Closed doors open by themselves, lights start flickering. Ayush sees a white light beckoning him to come closer but he is always stopped by a women’s scream. He encounters a message written with dried blood in a room. He enlist help of Rose (Zareen Khan) a fellow student at the college who has a second sight. As both investigate they realize the secrets that they both have kept individually about events of the preceding three months have more consequences and they both might have a deeper connection with the current hauntings than they can imagine. Ayush informs her that he can hear voices of a machine, And he can see a white light calling to him but as soon as he goes near he hears a scream of a woman which prevents him from touching the light.

He narrates what happened three months ago when he arrived at the mansion. He allowed the villagers to enter the mansion and listen his music for some money. One day his actions were discovered by Meher Wadia (Mr Wadia’s niece) and she blackmailed him into giving her a performance or she’ll get him fired. That night during the performance she gave Ayush a poison and tried to dump him in the city so he could die a slow death. But Ayush hit her making her unconscious. While coming back to the mansion, on the way he sees a supernatural being and loses his control over the car resulting in a car accident where Meher dies.

To his surprise nobody confronted him on Meher’s death. Sometime later these paranormal events began. Rose conducts an investigation according to Ayush’s story. She comes to know Meher Wadia never visited York. During their investigation Ayush and Rose fall in love. Some time later Rose reaches a hospital in which she discovers the Meher Wadia that visited Ayush was their classmate Tina who is dead from 3 months. When she sees her date of death she is horrified. She confesses to Ayush that all the bad things are happening to Ayush due to her.

She narrates how her and Nafisa’s roommate Vasudha was in love with a married man named Richard but he wasn’t ready to divorce his wife. One day she happily informed her friends Richard was going to marry her as Richard’s wife left him. But Rose was visited by Richard ‘s wife’s spirit and she discovers Vasudha murdered her. She informs Richard of this which is also discovered by Vasudha and she commits suicide. They try to save her and admit her into hospital but she dies eventually and her spirit gets hold of Tina’s body who was admitted in the same hospital. She has been torturing Ayush since she knows Rose loves him. Now they’re convinced they have to get rid of Vasudha’s spirit and they decided to visit a church. Vasudha attacks Nafisa which prompts Rose to take her to a hospital where makes another horrific discovery, Ayush is admitted into same hospital and is in coma from the night Meher Wadia attacked him. Rose informs Nafisa that she has been communicating with Ayush’s spirit all along. She explains when body is in deep sleep its spirit wanders off but they’re connected through a rope in form of a white light. Eventually the spirit can enter back in the body by touching it. Ayush’s spirit also has tried to enter its body but Vasudha has prevented it from happening all along. The next day Ayush’s body was going to be removed from life support which will result in his death. Rose takes a hair of Ayush to make it touch Ayush’s spirit but as she is about to leave the hospital Vasudha’s ghost takes control of Ayush’s body and threatens Rose she will destroy Ayush’s body if she leaves. Vasudha in full control of Ayush’s body tortures Rose by hurting him. Rose informs Vasudha that she knew she won’t be able to leave and she kills herself. Her spirit arrives and reveals she already sent Ayush’s hair and a letter to Ayush through Nafisa. Rose fights and destroys Vasudha’s spirit. On the same time Ayush’s spirit enters his body and he’s saved.

Film goes back to where it started. Ayush in a death like state meets Rose and tells he wants to be with her. Rose tells him he has to live and spread his music for her. She asks it as a return for her sacrifice. Ayush eventually recovers and becomes a renowned pianist & musician.