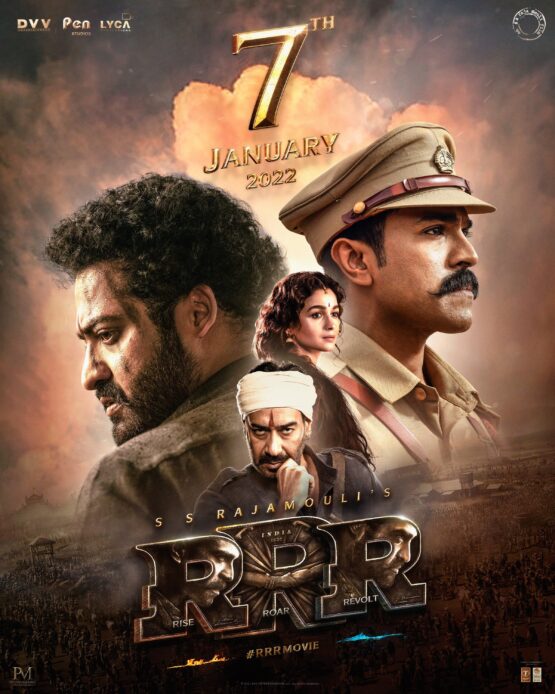 A tale of two legendary revolutionaries and their journey far away from home. After their journey they return home to start fighting back against British colonialists in the 1920s.

Rajamouli came across reading stories about the lives of Rama Raju and Bheem, and connected the coincidences between them, imagining what would have happened had they been friends. Set in 1920, the plot explores the undocumented period in their lives when both the revolutionaries choose to go into oblivion before they began the fight for their country.

The film was formally announced in March 2018, with the launch and the principal photography of the film began in November 2018 in Hyderabad. The film was shot extensively across India, with a few sequences in Ukraine and Bulgaria. The film’s soundtrack and background score is composed by M. M. Keeravani with cinematography by K. K. Senthil Kumar and editing by A. Sreekar Prasad. Sabu Cyril is the film’s production designer whilst V. Srinivas Mohan supervised the visual effects.

Made on a budget of ₹550 crore (US$72 million), RRR was initially scheduled for theatrical release on 30 July 2020, which has been deferred multiple times due to production delays and followed by the COVID-19 pandemic. The film was released theatrically on 25 March 2022, and opened to positive reviews from the critics with praise for the performances and screenplay. With ₹240 crore worldwide on its first day, RRR broke the record for the highest opening-day collection earned by an Indian film.