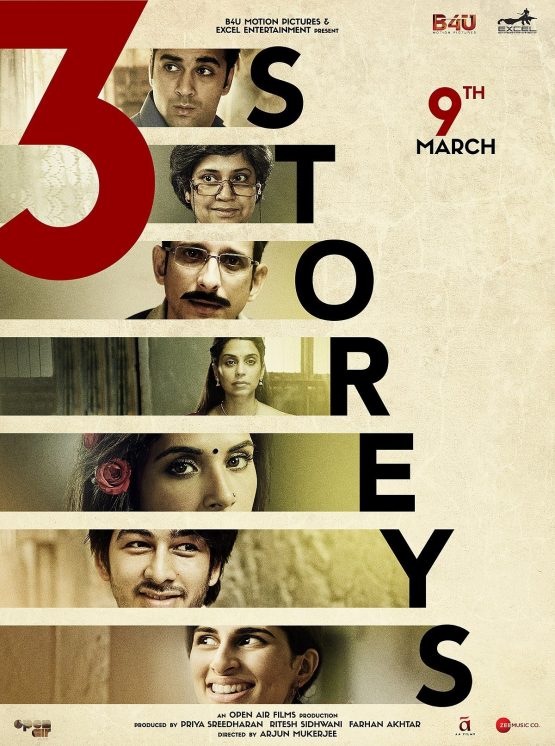 Mayanagar is three Storey Chawl in Mumbai. Flory Mendonca, a Catholic widow, wants to give away a part of her house but doesn’t have buyers due to its high price. Finally Vilas, who is eager to take a house near station, buys it. Whereas in the same building, Varsha is facing daily abuse from her unemployed and alcoholic husband. On the other hand, she still has feelings for her past lover, Shankar, and bonds well with her neighbor and tends her little son. Suahil and Malini falls in love being from different faiths much chagrin to their parents. On the ground floor lives glamours Leela, who sends seductive vibes towards men around. The lives of the people living in Mayanagar don’t seem to be what it is as there are hidden secrets.At the end it is revealed that leela ( richa chadda) was actually the author of all the three stories…

Be the first to review “3 Storeys Dvd” Cancel reply