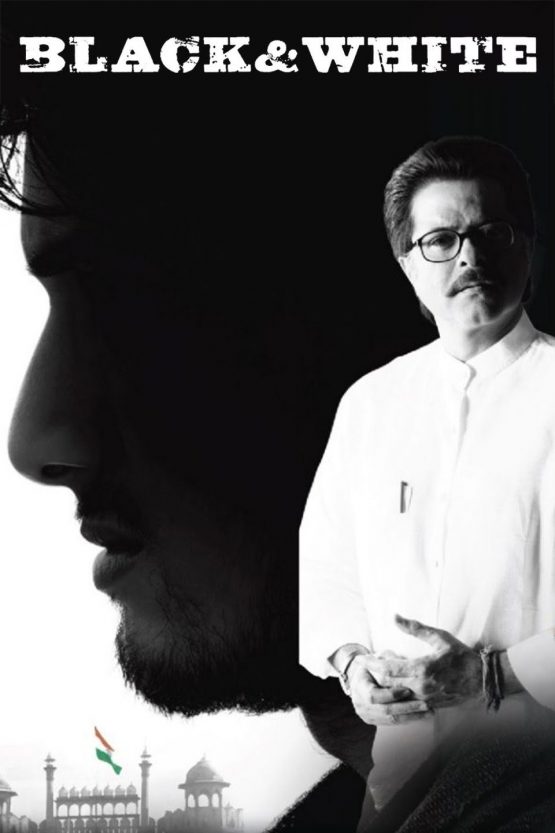 A suicide bomber is sent to India to kill people during India’s Independence Day celebrations. He befriends a professor so that he can procure a pass for the event to carry out his mission.

Black & White is a 2008 Indian crime thriller film co-produced and directed by Subhash Ghai. The film stars Anil Kapoor, Anurag Sinha (actor), Shefali Chhaya, and Aditi Sharma. The film explores the life of an Afghan suicide bomber who is sent on a mission on Indian Independence Day. Upon release, the film received wide critical acclaim, and was premiered at the International Film Festivals of Pune and Delhi.

Rajan Mathur (Anil Kapoor) is an Urdu professor who lives in Chandni Chowk district in New Delhi, with his wife Roma Mathur (Shefali Shah), who is a social activist and feminist, and their young daughter.

Professor Mathur meets Numair Qazi (Anurag Sinha), who informs him that he is a victim of communal riots in Gujarat. He is actually a suicide bomber of an Islamic fundamentalist group who has been ordered to set off a bomb near Red Fort during the Independence day celebrations.

Numair wins the trust of the professor and his wife. While assisting Numair to get an entry pass for the celebrations at Red Fort, Professor Mathur introduces him to people living in harmony in Chandni Chowk regardless of faith.

Numair is no longer sure if he should carry out the orders of his superiors or not. Although he is a deep-rooted fundamentalist, he sees this area as colourful and loving. There is no black and white. Nonetheless, he goes forward to accomplish his mission.

Be the first to review “Black & White Dvd” Cancel reply