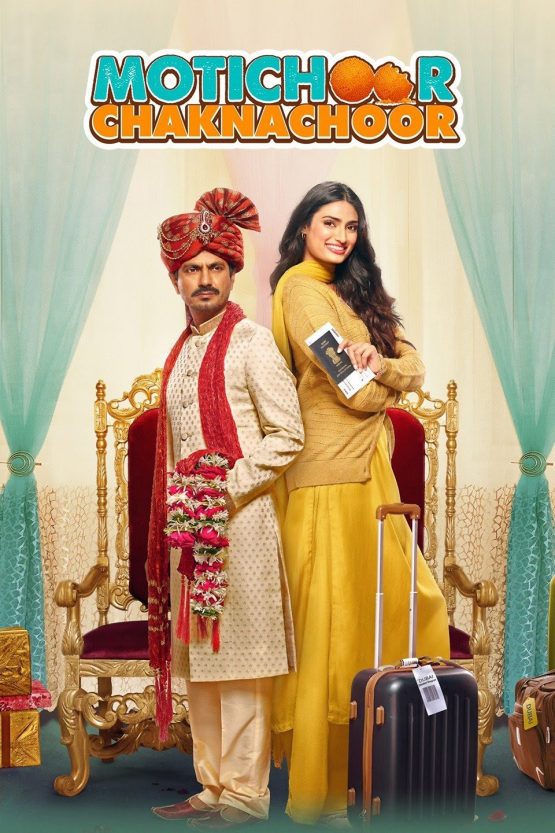 Anita whose single purpose in life is to marry a foreign-settled groom decides to marry Pushpinder, a 36-year-old Dubai-returned professional, who is desperate for a bride.

Biswal filed a commercial arbitration petition on Bombay High Court which had ordered a stay on the release of its trailer, over non-payment of dues by the makers of the film Woodpecker Movies Private Limited; the stay was later lifted.The film was theatrically released in India on 15 November 2019. Although a commercial failure at the box office and the subject of mixed reviews, it earned praise for Shetty’s and Siddiqui’s performance.On 24 January 2020, the film was released on Netflix.

Anita “Annie” Awasthi, a girl from a middle-class family in Bhopal, has turned down several marriage proposals because she is desperate to leave India and settle abroad. Her determination to remain single and move abroad has caused stress for her parents. One day Annie finds out that Pushpinder Tyagi, her neighbor’s son, has taken a leave from his job in Dubai to return to Bhopal and find a woman to marry. Pushpinder is 36 years old and is desperate to marry a girl no matter her appearance or personality. His mother Indu, meanwhile, is concerned about what kind of dowry her son can fetch. Annie’s unmarried aunt, Prabha, encourages Annie to convince Pushpinder to marry her so she can leave India.

Pushpinder and his family visit an apparently wealthy family and submit a marriage proposal for their daughter’s hand. He agrees to the marriage despite the girl showing no real interest in him. While the couple’s wedding is the planning stage, Indu makes a dowry demand to the girl’s family, but the girl’s family rejects the demand. In a fit of rage, Indu calls off the wedding. Realizing that Pushpinder is a mama’s boy who would never cross his mother, Annie talks him into eloping with her. When they show up back at the family’s doorstep already married, the two families are forced to accept their marriage and start preparing for a wedding ceremony.

Despite Indu’s anger that Annie’s family cannot afford her dowry demands, the wedding goes ahead as planned. When Annie’s father discreetly offers Pushpinder a portion of the dowry amount, he refuses to take it because he does not believe in the concept of dowry. Annie overhears their conversation and gains more respect for Pushpinder. Nevertheless, she feels no attraction for him and cannot consummate the marriage. News arrives from Dubai that Pushpinder has been fired from his job there, to which he replies by revealing he has secured a job in Bhopal and plans to settle there. This news enrages Annie and Indu, who both desperately want Pushpinder to move back to Dubai. Soon Pushpinder is offered his Dubai job back, but he plans to reject the offer and stay close to his family. Annie and Indu hatch a plan whereby Annie will withhold sex from Pushpinder until he agrees to return to Dubai. Pushpinder, overhearing them discuss their plan, argues with Annie and slaps her. He apologizes to Annie and tries to make amends to her, but she does not wish to reconcile.

One night, Pushpinder abruptly goes to Dubai. Before leaving, he writes a note to Annie in which he apologizes again for slapping her. With the note he encloses a one-way ticket to Singapore so that her dream of settling outside of India may yet come true. In Pushpinder’s absence, Indu and Annie see the error of their ways. Indu regrets forcing Pushpinder into marrying to satisfy her financial needs. Annie regrets marrying Pushpinder without any personal attachment solely from a desire to leave India. Meanwhile, Pushpinder, unable to leave Indu or Annie behind, returns. His sudden reappearance sparks a reconciliation with Indu and Annie. Pushpinder and Annie dash off at last to consummate the marriage.

Be the first to review “Motichoor Chaknachoor Dvd” Cancel reply