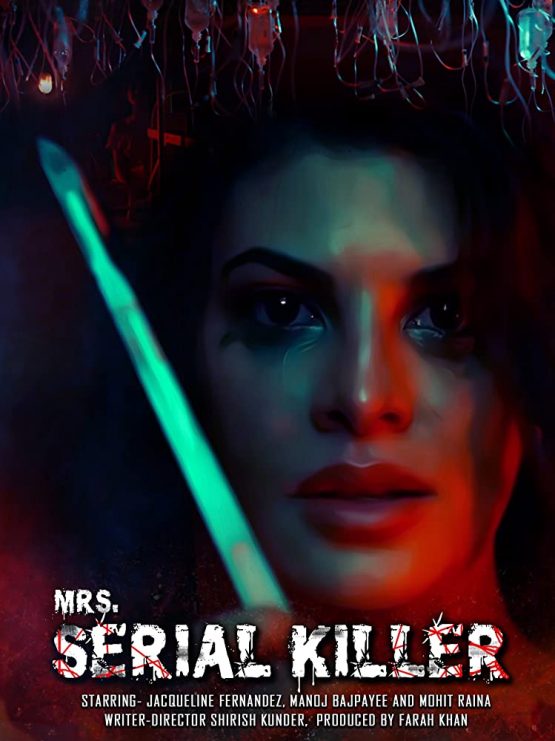 When a doctor gets jailed for a string of shocking murders, his loyal wife sets out to commit a copycat crime to prove his innocence.

The film starts with Sona Mukherjee (Jacqueline Fernandez) having a video call with her husband Mrityunjoy Mukherjee aka Joy (Manoj Bajpayee) when Sona tells him that she is pregnant. Right after the video call, inspector Imran Shahid (Mohit Raina), who is also the ex-boyfriend of Sona, visits her house to collect evidence against Joy in a serial killing case. Sona however thinks Shahid is just trying to frame Joy to take revenge on him for taking away his love.

The serial killing case is that of six girls in the town who went missing, and later their bodies were found in an isolated house owned by Joy. All the missing girls are unmarried, pregnant, and were aborted and dismembered. Joy, who is also a doctor, is therefore arrested. The respect of people of the town to Joy turns to anger.

Sona, who firmly believes that Joy is innocent and framed by Shahid, visits Joy in prison, and Joy tells her to ask a famous lawyer Mr. Rastogi (Darshan Jariwala) for help, whom he saved before. Rostogi suggests that they should by all means get Joy bailed. But the bail application is later rejected by the court for all found evidence is against Joy. He then suggests Sona to prove Joy’s innocence in an illegal way — to kill one more girl in the exactly same way the previous 6 were killed, to prove that the killer is not Joy.

Sona is a kind person and unwilling to do anything illegal, but she finally agrees with the plan after she is convinced there’s no other way to prove Joy’s innocence. Sona chooses her neighbor Anushka Tiwari (Zayn Marie), an unmarried pregnant girl. Later, news of Anushka’s death reaches police, making the court believe Joy is not the killer and grant him bail.

After Joy returns home, Sona shows him Anushka, who is still held captive by Sona. It is revealed that Sona actually didn’t kill her, but found an unclaimed body and dressed it and made it up, to make it look like Anushka’s body. Meanwhile, Anushka’s boyfriend Sid follows them and finds missing Anushka is actually alive and tied by them in the basement of Joy’s clinic. Sid tries to free and save Anushka, but accidentally locks himself in the cupboard.

Sona wakes up in the night to find Joy missing. Her sixth sense tells he is in the clinic trying to do something to Anushka, so she drives there immediately, only to find Joy is about to kill Anushka. Sona now realizes that he is indeed the killer of the six girls and tries to save Anushka, but fails as he pins her hand on the table with his scalpel. Sid is also taken down and tied by Joy, but he manages to contact Shahid to tell him what’s happening there and the latter immediately arrives, only to be taken down too and tied also by Joy. Joy is now going to abort and dismember Anushka right in front of them. Shahid manages to free himself, stabs Joy and saves the others.

Sona wakes up in hospital, with Shahid beside. He tells her that Anushka is not going to file a case against her because she saved her life. Joy is also saved by the doctor and alive, but escapes from the hospital before anyone is aware. Rastogi, who is now revealed to have knewn Joy’s crime already, and possibly had his role in those killings, receives Joy and gives him shelter.