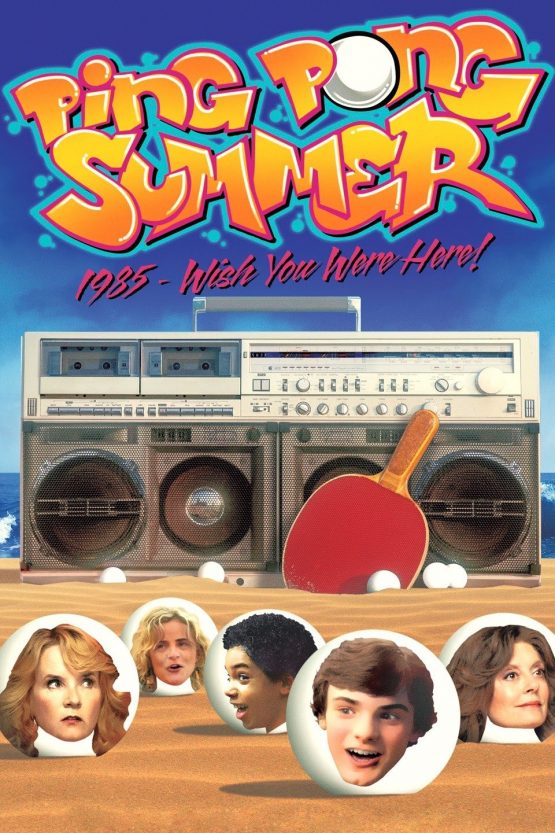 In 1985 a summer vacation in Ocean City, Md., changes the life of a shy white teen (Marcello Conte) who’s obsessed with table tennis and hip-hop music.

Ping Pong Summer is an American coming-of-age comedy film written and directed by Michael Tully. The film had its world premiere at 2014 Sundance Film Festival on January 18, 2014.

Gravitas Ventures acquired the distribution rights of the film; they released the film theatrically and by video on demand on June 6, 2014. Millennium Entertainment handled the home release of the film…

In 1985, 13-year-old Rad Miracle goes on a summer vacation to Ocean City, Maryland, with his family. Experiencing many things for the first time, he finds a mentor for his obsession with ping pong.