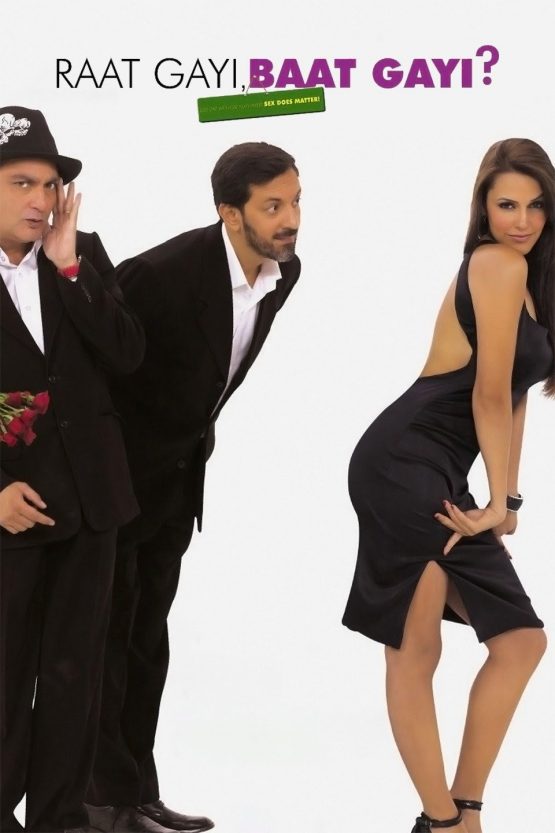 Rahul, a married man, goes to a party with his family and gets drunk while interacting with a beautiful woman. The next morning, he tries to retrace the night’s events to determine what went down.

Raat Gayi, Baat Gayi? is a film about three couples and a keen observation on modern day marriage. Rahul (Rajat Kapoor) wakes up with a bad hangover after a party the night before. There he had met a sexy young woman – Sophia (Neha Dhupia). They got drunk and there were sparks flying. But Rahul doesn’t remember what happened after that. Did they go all the way? His wife, Mitali (Iravati Harshe), is in a particularly bad mood this morning, and Rahul suspects that she might know about his little escapade last night. Rahul starts chasing his night—trying to retrieve it—trying to find out what really happened. His friends Saxena (Dalip Tahil) and Amit (Vinay Pathak) are going through their own marital crises of sorts. Driven to his wit’s end, he realizes he must seek Sophia out to restore his sanity.