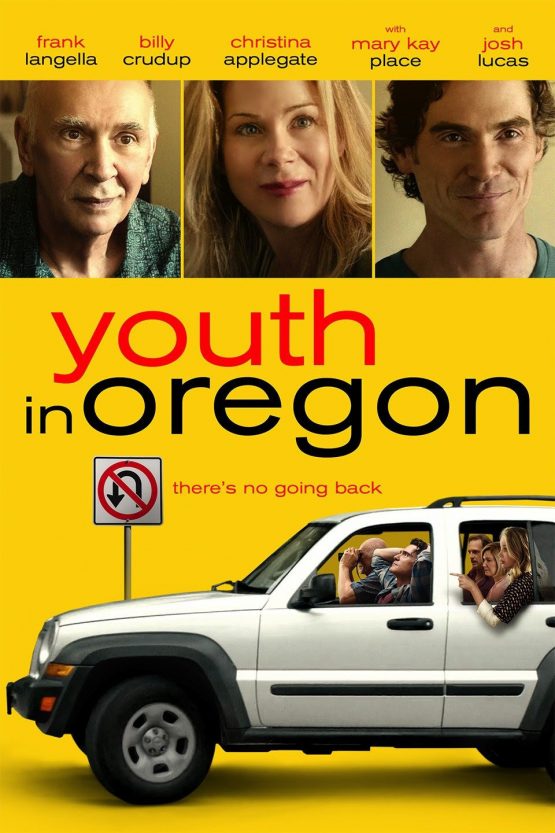 When 79-year-old curmudgeon Raymond (Frank Langella) makes arrangements to be euthanized in Oregon, his family refuses to accept his decision. But when another family emergency arises, Raymond’s daughter Kate (Christina Applegate) turns to her husband, Brian (Billy Crudup), for a little help. So Brian reluctantly volunteers to drive the cantankerous Raymond and his wine-loving wife, Estelle (Mary Kay Place), to Oregon.

The film had its world premiere at the Tribeca Film Festival on April 16, 2016. The film was released in theaters on February 3, 2017, by Orion Pictures and Samuel Goldwyn Films.

A man is tasked with driving his embittered 80-year-old father-in-law cross country to be legally euthanized in Oregon, while along the way helping him rediscover a reason for living.

Be the first to review “Youth in Oregon Dvd” Cancel reply