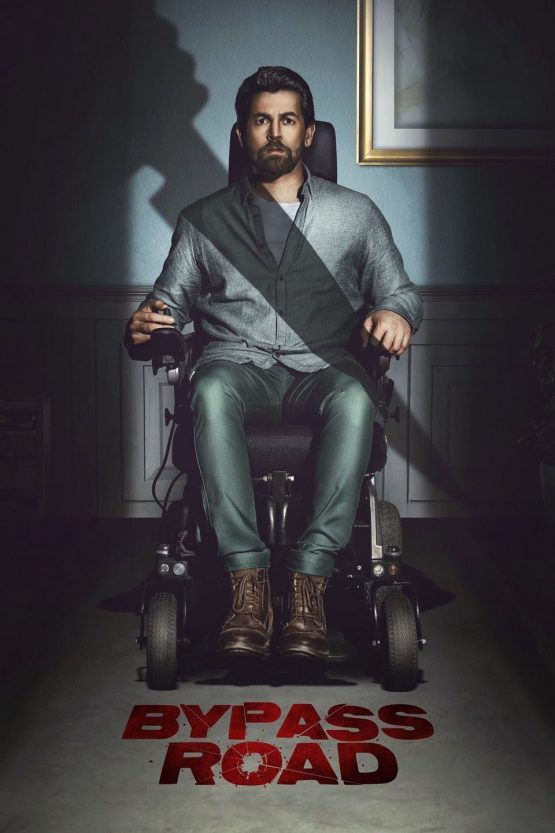 On the night his ex-lover mysteriously dies, a top fashion designer has a serious accident, raising questions on whether the incidents are linked.

Vikram Kapoor (Neil Nitin Mukesh), a renowned fashion designer, has gone through a fatal accident one night and one of his top models Sarah Brigenza (Shama Sikander) is also found dead on that night in what looks like a suicide. Vikram survives but is paralyzed and has to use a wheelchair in the rest of his life. During Vikram’s absence, Radhika Nair (Adah Sharma), his girlfriend, takes over his fashion studio. Vikram returns home, where his father Pratap Kapoor (Rajit Kapur) and stepmother Romila Kapoor (Gul Panag) live and he left for years. Radhika also frequently visits his house to take care of Vikram.

Police suspects Sarah did not die of suicide, but of murder, and they take Vikram as a prime suspect, because the gun that killed her found at the scene, belongs to Vikram’s father Pratap, though Pratap had already reported its loss. Vikram is now meeting some accidents in his house that nearly killed him. The accidents however were arranged by his stepmother Romila, who wants herself and her blood daughter Nandini to succeed Pratap’s assets.

A flashback shows Sarah and Vikram had a one-night stand, after which Sarah, though engaged to Jimmy (Taher Shabbir) already, wanted to be Vikram’s girlfriend. After being refused, upset Sarah shot herself in an underground garage. Vikram was shocked and realized no witness would prove his innocence if Sarah was found dead there. So he loaded her “body” in the car and drove her to her house, where her dead body was later found.

At the present night, Vikram accidentally sees Romila’s ex-boyfriend Narang Kapoor (Sudhanshu Pandey) sneaks into his house to secretly meet Romila, implying that the two had planned together those accidents in the house that nearly killed Vikram. Moreover, he has a strong feeling that someone around is secretly monitoring him.

Jimmy is another prime suspect of Sarah’s death because he was seen in CCTV footage escaping from Sarah’s house, right after gunshot was heard and soon Sarah’s body was found. However, Jimmy is on the run from cops and some parts of the CCTV footage videos in Sarah’s house that night is still missing. The existing part of CCTV footage also shows Sarah was alive after Vikram drove her home, but the Jimmy shows up there, and learns they have an affair. Jimmy and Vikram then had a fight, short before the gunshot was heard.

Pratap, Romila and Nandini leave for a cruise trip, leaving Vikram at home alone. The night they left, a masked man, apparently Narang, enters Vikram’s house to attack and kill him. Paralyzed Vikram is trying his best to escape from him, and calls his girlfriend Radhika for help, who later arrives. However, Vikram is finally caught by him and Radhika cannot save him because she cannot defeat the attacker.

Police Inspector Roy arrives Vikram’s house at the crucial moment, and shoots the masked attacker. To everyone’s shock, he is not Narang, or Jimmy, but his father Pratap, who is supposed to be in a cruise trip with family.

Roy now reveals the story: Sarah called Pratap to inform him that she found his lost gun, asking him to visit her house to claim it. When Pratap arrived, he witnessed Vikram and Jimmy fighting each other, so he shot Sarah to frame Vikram, the two then escaped from the house to avoid suspicion. Roy learnt this only after he arrested Jimmy, who told him this story. Pratap did not go to the cruise trip, but instead, found an excuse and returned home.

Be the first to review “Bypass Road Dvd” Cancel reply