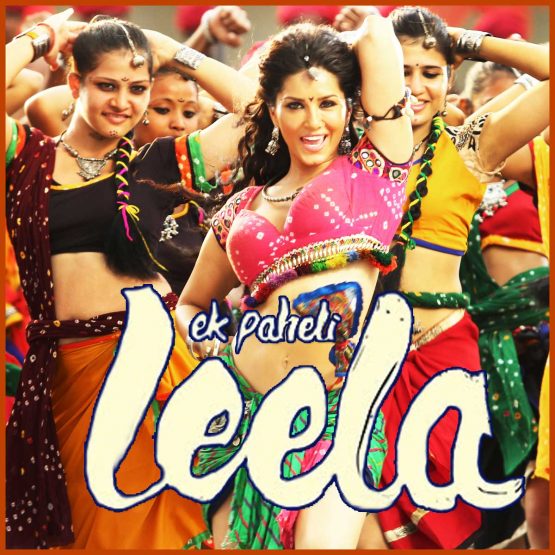 Karan, a singer, comes to know that he is a reincarnation of Shravan, who was killed 300 years ago by Bhairao, an artist. He travels through his past and tries to find out the reason behind it.

Ek Paheli Leela (transl. Leela, a riddle) is a 2015 Indian Hindi-language reincarnation thriller drama film, written and directed by Bobby Khan and produced by Bhushan Kumar and Krishan Kumar. It stars Sunny Leone in the titular lead role with Jay Bhanushali, Rajneesh Duggal, Jas Arora, Mohit Ahlawat and Rahul Dev in pivotal roles. Choreography is done by Ahmed Khan and Jojo Khan. The music for the film is composed by Meet Bros Anjjan and Amaal Mallik. Principal photography of the film began in Jodhpur, India.

The film is a reincarnation story which is set 300 years back, and revolves around the story of Leela (Sunny Leone) and her lover. Their love story remains incomplete as they are murdered. The film portrays how their story completes when they both are reincarnated in present time.

The trailer of the film was released on 6 February 2015 and became YouTube’s most viewed Bollywood movie trailer of the first quarter of 2015. The film received mixed reviews from the critics upon release and was a commercial success.

Karan (Jay Bhanushali) is a singer/musician who moves to a new house in Mumbai along with his friends. He often helps his sister Radhika (Shivani Tanksale) and Andy – his sister’s colleague (both are fashion photographers) with music for their fashion shows.

Radhika wants to get her friend Meera (Sunny Leone) for her fashion shows featuring in India but Meera is reluctant. Hence, Radhika with the help of her friend Andy (VJ Andy) take her to India on an aeroplane by making her drunk (induced drowsiness). After they arrive in India, Meera discovers the truth and gets angry. Meanwhile, her mood changes as she sees Rajasthani girls playing a traditional game and starts to play with them forgetting her plight.

While in India, Meera meets royalty -Ranveer Singh (Mohit Ahlawat), a Rajput prince, in Rajasthan. The two eventually fall in love and get married. The prince Ranveer is in middle of a property dispute with his cousin Bikram Singh (Jas Arora).

Meanwhile, back home, Karan has persistent dreams of someone whipping him and many times he wakes up from his sleep shouting loudly ” Leela! Leela!” . In an attempt to figure why, his friends takes him to a Pandit (Naadi palm leaf reader) who tells him that his pain is rooted in his past life of 300 years ago.

With the help from the Pandit, Karan travels through his past and they find out that he must be Shravan (Rajneesh Duggal), who was in love with a girl called Leela (also played by Sunny Leone) but his master, an artist, Bhairao (Rahul Dev) adopts her as his muse. Bhairao makes a statue of Leela and discovers that Leela is in love with Shravan. In a fit of rage, Bhairao kills both Shravan and Leela by pushing them into a bottomless pit of fire.

With the advise from Pandit, Karan gets some courage to visit a place called’ Bhairao Virajana’ (the place of dispute between Ranveer and Bikram). This place is under dispute because both the Prince Ranveer and Bikram know that a statue of “Leela” is hidden in the midst of its ruins, which is worth a billion dollars.

Bikram finds out that Karan is trespassing his property and brings him to Prince Ranveer to inform him that their property is now being invaded by unknown strangers.

Inside the palace, Karan meets Meera and tries to remind Meera about their past but Meera does not believe him. Karan plays a song “Tere Bin” that takes Meera back into their past and she recollects her past life as the beautiful Leela…Bikram overhears all the conversations and knows that the secret of where the statue of Leela is hidden can be known by kidnapping Karan and Meera and forcing them to spill the beans.

With the help of a some henchmen, Meera and Karan get kidnapped by Bikram who is looking for a statue that Bhairao had made. The current market value of the statue is $10 billion and Bikram wants to keep the money for himself. Bikram starts harassing Meera so that she would tell him where the statue is hidden, and therefore under duress and to save Meera, Karan reveals that the statue was hidden behind a wall, and then when Bikram gets to the statue, Prince Ranveer arrives and pierces Bikram’s hand with a sword.

At the end, Karan realizes that was actually the reincarnation of Bhairao and not of Shravan (who got reincarnated in Ranveer). Karan tries to redeem his ills by committing suicide but Meera and Ranveer don’t let him.

Karan’s album “Tere Bin” gets him fame and the story ends happily ever after.