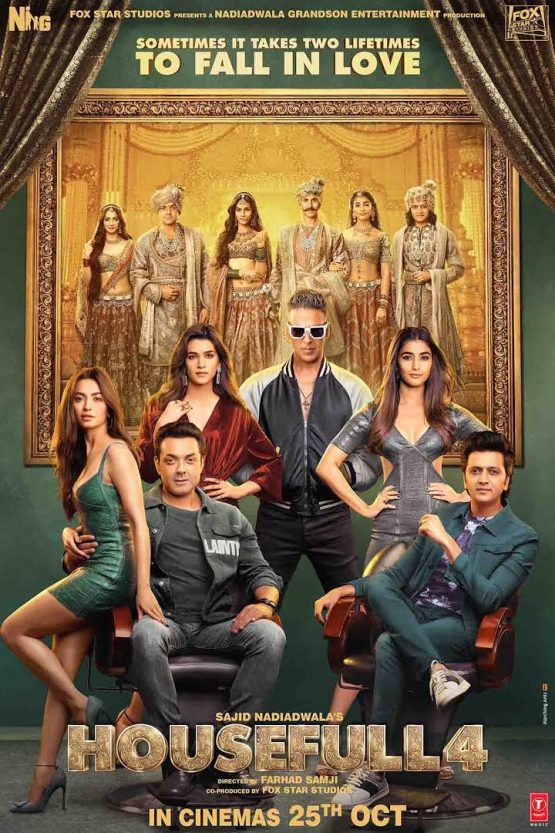 The film was half directed by Sajid Khan, who had also directed the first two installments, but was replaced by Farhad Samji midway during the shooting, due to Me Too allegations.Nadiadwala claimed the film to be the highest-budgeted Indian comedy film.The story is based on reincarnation, spanning a period of 600 years from 1419 to 2019. The film was theatrically released in India on 25 October 2019 during the occasion of Diwali to a mixed critical reception but became a massive box-office success.

Harry is a barber who frequently gets bizarre flashes of a past era. He runs a barber shop in London with his brothers Roy and Max. Harry’s forgetful nature causes him to misplace a bag of 5 million pounds which belonged to a gangster named Michael Bhai. As a result, Michael’s henchman Big Bhai constantly demands them to return the money. To fulfil this demand, the three brothers get engaged to the three daughters of London’s rich business tycoon Thakral: Harry is dating Pooja, Roy is dating Neha and Max is dating Kriti. Mysterious circumstances cause the destination wedding to take place in Sitamgarh, India. On arriving in Sitamgarh, Aakhri Pasta a bellboy at their hotel, recognises them as reincarnations of people that lived 600 years ago, i.e. in 1419. Harry realises that the flashes he sees have something to do with what Pasta was talking about. To meet him, Harry drives to the nearby town of Madhavgarh where he starts to see the flashes clearly.

In 1419, Rajkumar Bala Dev Singh of Madhavgarh was banished by his father Maharaj Parikshitap, since Bala tried to kill him to become King. Bala’s servant Pehla Pasta informs him of Sitamgarh – a nearby kingdom whose King, Maharaj Surya Singh Rana, is looking for grooms for his three daughters: Rajkumari Madhu, Rajkumari Mala and Rajkumari Meena. Bala plans to marry Rajkumari Madhu, the eldest Princess, so that he becomes the Maharaj of Sitamgarh.

Bala meets Bangdu Maharaj, an effeminate dance teacher who has an affair with Mala. Meena is secretly in love with the brave bodyguard of the three princesses, Dharamputra. Bala helps the two couples get together and enlists their help for uniting him with Madhu. The plan works and Maharaj Surya Singh Rana announces the wedding of Madhu with Bala, Mala with Bangdu, and Meena with Dharamputra. However, Suryabhan, Surya Singh Rana’s nephew, wants the throne for himself. He kills the brother of Sitamgarh’s enemy clan’s leader, Gama and frames the three couples for it. On the day of the wedding, Gama storms into the palace and fights them to avenge his brother. During the fight, Bala realises that he now truly loves Madhu, even though initially she was just the path to the throne for him. During the fight, the wedding mandap (altar) collapses and kills the three couples along with Gama.

Back in the present, Harry realises that the grooms are set to marry the wrong brides. Pasta helps Harry remind Roy and Max of their lives as Bangdu Maharaj and Dharamputra, respectively. Just then, they are introduced to Pappu Rangeela, a qawwali singer and a cousin of the girls. He is the reincarnation of Gama but has no recollection of his past life. Meanwhile, Pasta finds a painting of their past lives’ wedding day which shows Bala with Madhu, Bangdu with Mala, and Dharamputra with Meena to make the girls remember their past lives and also to avoid marrying each others love. Before they can show this painting to the girls to remind them of their past lives, it gets in the hands of Pappu Rangeela and he remembers his life as Gama.

Pappu crashes the wedding and a fight plays out. The fight makes Pooja and Neha remember their past lives. Soon, Michael Bhai, now revealed to be the reincarnation of Suryabhan, shows up at the wedding for his money and shoots Gama. Kriti remembers everything when she sees Michael Bhai and also reveals that the wedding mandap hadn’t collapsed on its own – it was broken down by Suryabhan to kill everyone so that he could be the Maharaj of Sitamgarh. Michael Bhai recounts his past life and boasts how he got Gama’s brother killed. Pappu Rangeela hears this and pushes Michael Bhai into the collapsing mandap, thus getting his revenge. 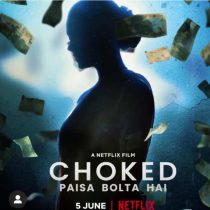