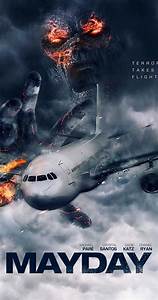 Ana is transported to a dreamlike and dangerous land where she joins an army of girls engaged in a never-ending war. Though she finds strength in this exhilarating world, she realizes that she’s not the killer they want her to be.

Mayday is an upcoming Indian Hindi-language drama thriller film directed and produced by Ajay Devgn. The film stars Devgn, Amitabh Bachchan and Rakul Preet Singh.It is scheduled to be theatrically released on 29 April 2022.

Be the first to review “Mayday dvd” Cancel reply