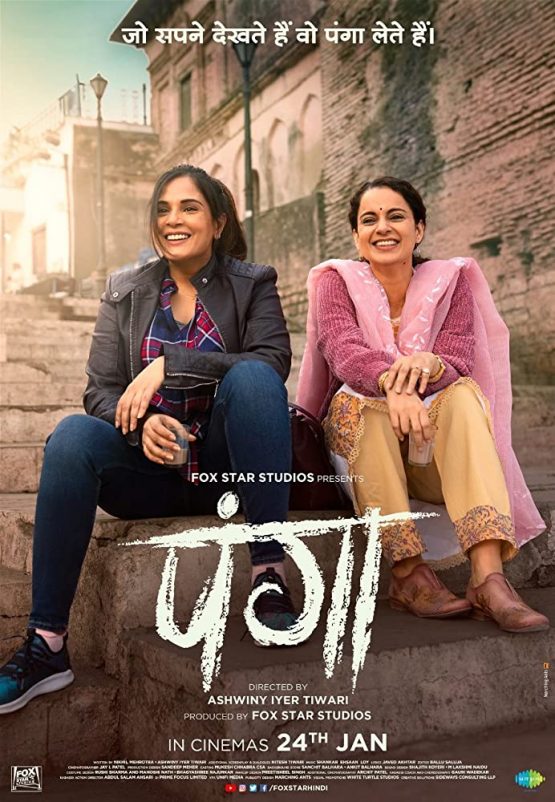 Jaya, a former Kabaddi world champion, is pushed into making a comeback into the sport by her family. However, she first has to battle her internal conflicts and the expectations society has of her.

Panga (transl. To mess with) is a 2020 Indian Hindi-language sports drama film directed by Ashwiny Iyer Tiwari and produced by Fox Star Studios. The film features Kangana Ranaut, Jassi Gill, Richa Chadda and Neena Gupta. The story depicts the jovial life of a kabaddi player.Filming took place from November 2018 to July 2019 in Panaji, Bhopal, Delhi and Kolkata.The film was released in India on 24 January 2020.

Rooted in the subculture of societal facts, Panga is an emotional roller coaster tale of a middle-class Indian woman, where a forgotten Kabaddi world champion catalyzes an inner desire to give a new meaning to her existing role as a wife and mother and takes an ingenious decision to come back to the sport despite the challenges of age stereotypes and new generation complexities which creates an upheaval in her life as she is torn between societal pressures of family responsibility and love for the sport.

Jaya Nigam is a former Kabaddi world champion and current railways ticketing staff who is married to Prashant Sachdeva, a railways sr.section engineer, and has a son, Aditya a.k.a. Adi. Currently living in Bhopal after Prashant’s transfer to the city, she is propelled both by the arrival of her former teammate Meenu and a push from Adi, who learns of her achievements through Prashant, to return to the sport despite facing challenges of physical fitness and newer, more experienced players. Initially unable to deal with the pressures of a hectic job and the exercise routines that Adi’s enthusiasm pushes her through, she finally regains composure and, with support from Prashant and Adi, goes on to mark her comeback to the sport as a mother of a 7-year-old after her story gets noticed again. How she gets back on her feet as the renewed player forms the rest of the story.

Be the first to review “Panga Dvd” Cancel reply 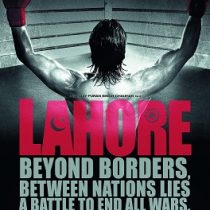 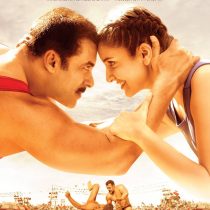 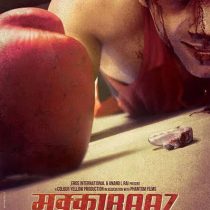 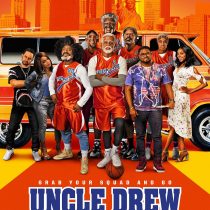