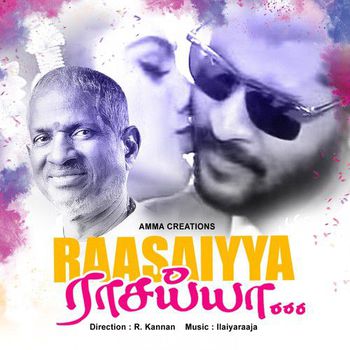 A poor boy is a loyal servant in a rich household. But the granddaughter of the patriarch thinks that he is dishonest. The misunderstanding clears up and they fall in love only to face a new problem.

Raasaiyya (Prabhu Deva) lives with his grandfather, Rathnavel (Vijayakumar), a kind-hearted and honest man in a small town in rural Southern India. Rathnavel is very easy-going and permits Raasaiyya to indulge in many precocious activities. When young and beautiful Anitha (Roja) comes to stay for a few days with Rathnavel, both Raasaiyya and she fall in love with each other and would like to marry. But Raasaiyya is unable to assert himself, and Anitha’s marriage is arranged with a NRI groom settled in the US. Rathnavel would like to present a decent dowry for Anitha, which includes a priceless diamond necklace. Unable to bear his separation from his sweetheart, Rasaiya decides to tell Rathnavel about this, but before he could do so, he finds out that his biological mother, Pandiamma (Radhika), is still alive, but will not have anything to do with him. Watch what happens when Raasaiyya finally meets her and finds out the secret why she abandoned him in his childhood.

Be the first to review “Raasaiyya Dvd” Cancel reply