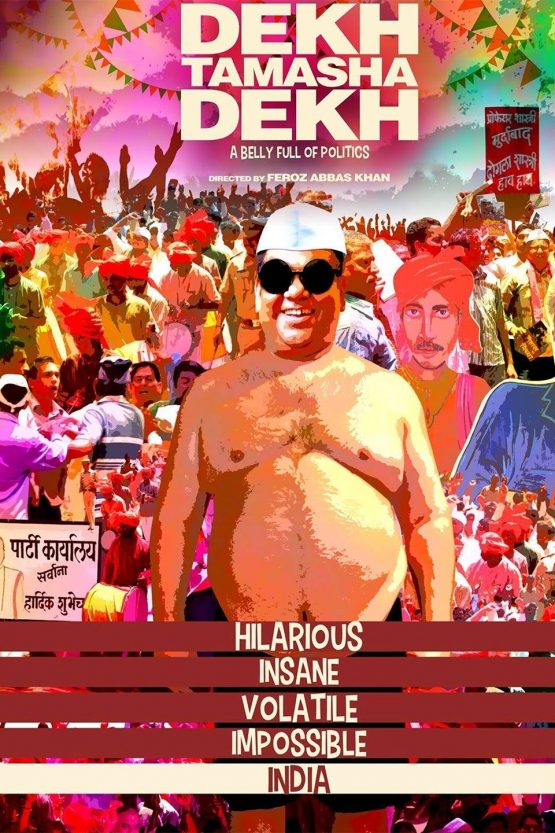 Hindu and Muslim factions attempt to uncover the religious identity of an underprivileged man, who died under the weight of a politician’s poster.

Dekh Tamasha Dekh (transl. Do watch the spectacle) is a 2014 Indian Hindi-language social and political satire film about a true incident. It revolves around the search for the religious identity of a poor man crushed under the weight of a politician’s hoarding. The film explores an Impossible India where bizarre is normal. It has been released on 18 April 2014.

Inspired by a true incident, the film starts off when an underprivileged man gets crushed under the weight of a politician’s (Satish Kaushik) poster. The film gets into the mood immediately after the man dies. The story gets into a climax as the judge tries to get into the details of the man’s death, lawyers of parties argue the case and as it sparks communal riots. The deceased, who was a Hindu by birth, got converted to Islam. His death gives rise to a religious spark between the two religious factions who want his body to be burnt and buried, respectively.