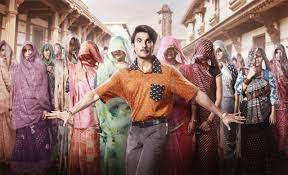 Jayeshbhai Jordaar is an upcoming Indian Hindi-language social comedy film written and directed by Divyang Thakkar.Produced by Aditya Chopra and Maneesh Sharma, it features Ranveer Singh in the titular role of a Gujarati man who believes in equal rights between males and females in the society. It also stars Shalini Pandey (in her Hindi debut), Boman Irani and Ratna Pathak Shah.

Principal photography for the film begun in December 2019 at Mumbai. The final schedule wrapped up at Gujarat in February 2020. It had been initially scheduled to have a theatrical release on 2 October 2020 coinciding with Gandhi Jayanti but was delayed due to theatres shutdown as well as crucial situation because of the COVID-19 pandemic. It will schedule to release theatrically on 25 February 2022.

Be the first to review “Jayeshbhai Jordaar DVD” Cancel reply