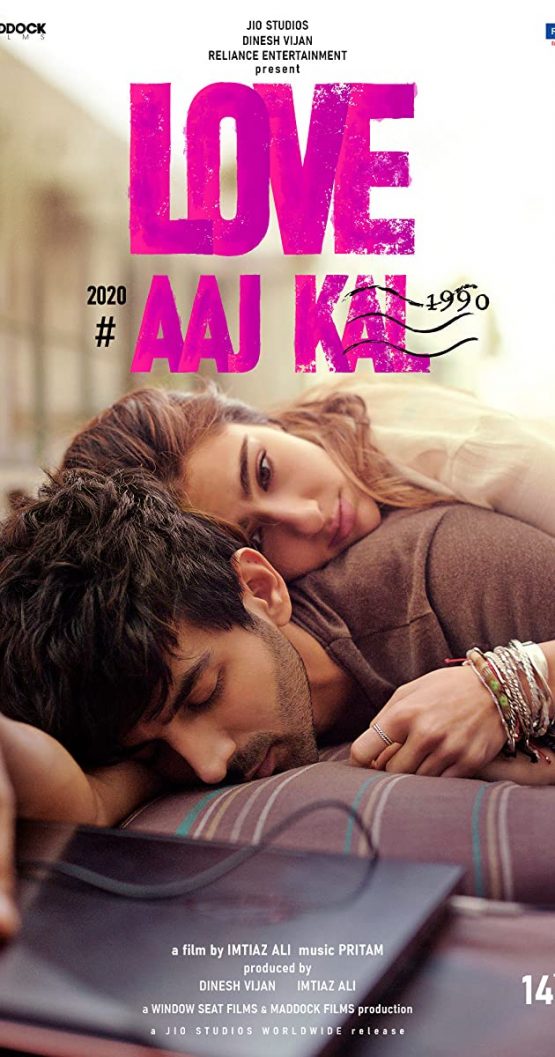 Two couples, separated by time, deal with society, familial pressure, internal dilemmas of prioritising career or love and the ever-changing dynamics of relationships.

Love Aaj Kal (transl. ’Love these days’) is a 2020 Indian Hindi-language romantic drama film directed by Imtiaz Ali and starring Kartik Aaryan and Sara Ali Khan. Principal photography began in the first half of March 2019 and ended in July 2019. It was released in India on Valentine’s Day 2020.

Zoe and Veer meet at a bar. The two leave and decide to spend the night together at Veer’s home but Veer stops Zoe from continuing their act. He tells her that the time is not right. Zoe leaves, infuriated. Veer keeps following Zoe, who finally confronts him and asks him not to follow her.

There is a flashback scene where Leena and Raghuvendra “Raghu” Singh have the same conversation back in the 1990s in Udaipur.

Back to present day, Veer drops her for an interview at the office of the Mehta Group and they slowly begin their relationship. Raghu is an ex- medical student who ran away from Udaipur and now owns several restaurants in Delhi, including the cafe at which Zoey hangs out very often . Raj, who is good friends with Zoe, tells her the story of his childhood sweetheart, Leena, thus implying that he is a grown up Raghu. He tells her that he used to behave with Leena just as Veer behaves with Zoe, and recites his own childhood memories with Leena to Zoe and tells her how he asked Leena for a dance together.

In the flashback, it is seen that Raghu and Leena used to meet each other secretly and how Raghu left everything for Leena and moved for her to Delhi, discontinuing his studies to be with Leena. Later one day Zoe walks in on Raghu and a woman, assuming she is Leena, but realizes it’s not the case. Raghu now Raj reveals that he left Leena, for his own big town fantasies. Zoe is convinced by her mother that she can’t possibly have both her love and career together. She goes to meet Veer’s parents, but leaves crying. Veer relays to Raj what Zoe did, and Raj, convinced that he influenced Zoe towards behaving this way, responds by getting her the job.

Some days later, Zoe sees Veer with another girl. Heartbroken, she hangs out with multiple people but doesn’t happen to like any of them. She goes to a bar with a guy and gets drunk but he refuses to drop her at her home. Veer picks her and drops at her house. He tells that he can’t enter a relationship of compromises with Zoe and breaks up with her. The next day he informs her about a new job in the Himalayas and is leaving for 2 years, explaining that he has as much right to be focused on his career as does she, and bids her goodbye. Zoe gets a proposal from the Mehta family to marry Rishabh, but she refuses. When Zoe goes to meet Raj, he tells her that he met Leena one last time, when he realized he lost the person who he was before with Leena and finds that she is pregnant. He leaves from there, gets into a cab and goes to airport. He adds that he still misses Leena, but is helpless now. He starts crying and Zoe comforts him. Raj tells her that she shouldn’t make the same mistake he made. Zoe leaves for the Himalayas to reunite with Veer. She sees Veer sleeping outside. She goes and rests atop him. She says that she won’t be able to balance between love & work ever, but still she wanted to be with him. Veer asks whether she will take a leap with him, to which she agrees, and they reunite and kiss each other. 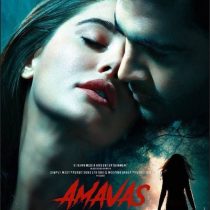 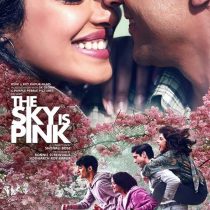 The Sky Is Pink Dvd 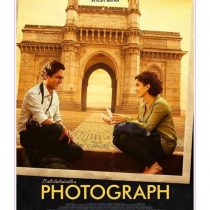 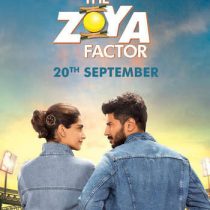