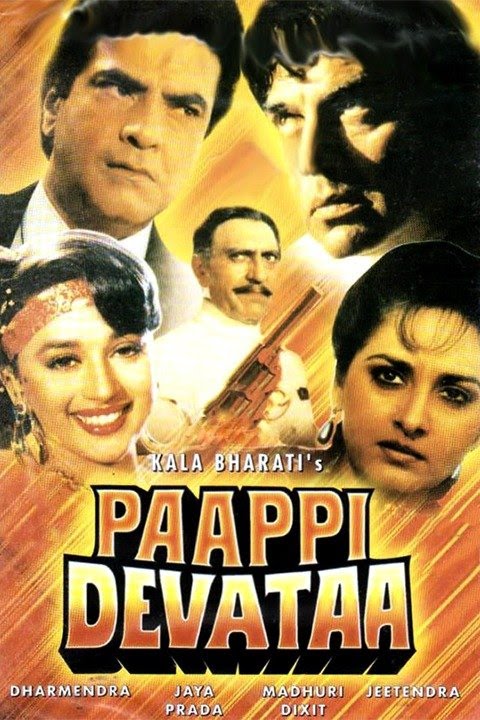 Ram and Rahim become best friends after the latter offers shelter to Ram when he comes to Bombay. However, Ram is unaware that Rahim is involved in illegal activities.

Paappi Devataa is about Ram Kumar Singh, who re-locates himself from Allahabad to Bombay by train. During this time, his wallet and clothes are stolen. He registers a complaint with the railway police for his belongings stolen. Meanwhile, the very kind-hearted Rahim Khan takes him home and provides him with food, shelter, and a taxi-cab so that he can earn money while looking for a job. Eventually, they become close friends. While driving his taxi on his first day, Ram meets Reshma and both fall in love with each other. He then plans to search for a good job and move out to his own apartment. What Ram does not know is that Rahim works for an underworld Don, Ratan Seth, and has also killed a man named Niranjan Das. And what Rahim does not know is that Ram is the Deputy Commissioner of the Police, who suspects Rahim of killing Niranjan Das.

Be the first to review “Paappi Devataa Dvd” Cancel reply