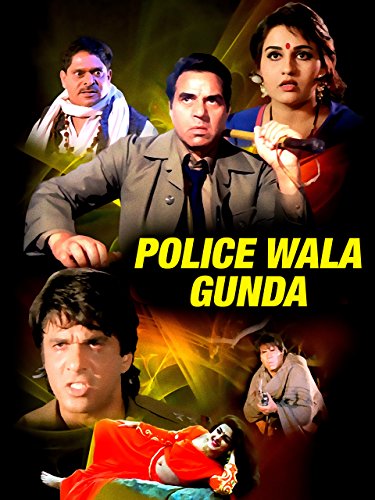 Shiva, a Madurai-based gangster, adopts Shakti, his slain driver’s son. Shakti, who witnesses his father being killed by a police officer, decides to avenge his father’s death with Shiva’s support.

This movie revolves around a policeman (Mukesh Khanna), who is a kind and honorable person. After arresting the henchmen of a notorious crime leader, Kaalishankar Peeli Topiwaley (Ranjeet), the crime lord sets out to kill the policeman with the minister (Mohan Joshi). His wife (Deepti Naval) becomes depressed. She is helped by a policeman Ajit Singh (Dharmendra), who, after listening to the full story, vows to take revenge on Kaalishankar Peeli Topiwaley, Lala (Surendra Pal), Don and the minister (Mohan Joshi).

Be the first to review “Policewala Gunda Dvd” Cancel reply