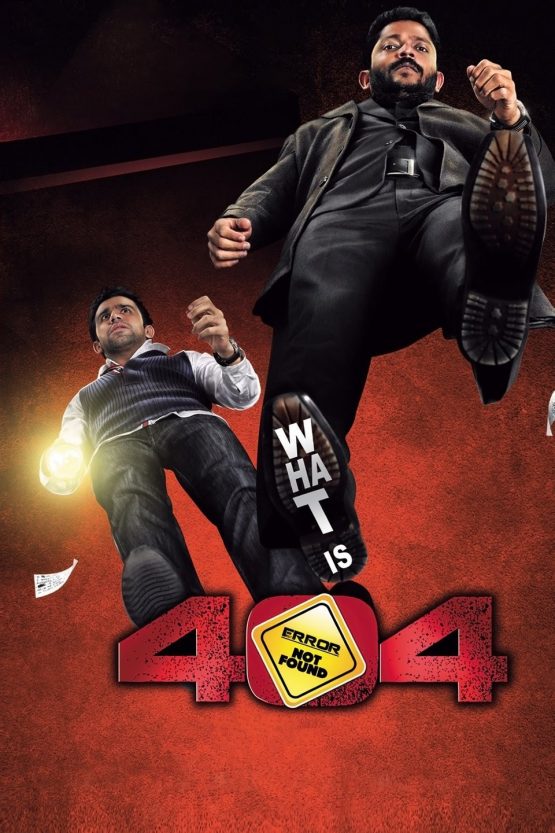 A rational person and student of science, Abhimanyu’s beliefs are challenged when he gets a room that is thought to be haunted by a student, who committed suicide there, and he experiences some unusual things happening around him.

404 (also known as 404: Error Not Found) is a 2011 Indian Hindi-language psychological thriller film written and directed by Prawaal Raman. It stars Imaad Shah, Nishikant Kamat, Rajvvir Aroraa, Tisca Chopra and Satish Kaushik in the lead roles. It is produced by Imagik Media Private Ltd. (Nameeta Nair) and was released in theaters on May 20, 2011. The movie follows a medical college student who shifts to the college hostel’s room 404 where a previous medical student had committed suicide and the paranormal delusions that he begins having since then.

Professor Anirudh (Nishikant Kamath) strongly believes in science and for him, things which don’t have scientific explanation do not exist. A room in his medical institution (numbered 404) is rumoured to be haunted by the ghost of a student named Gaurav, who previously stayed in that room and had committed suicide there, which he surely doesn’t believe. A rational student Abhimanyu (Rajvvir Aroraa) now occupies that room. The seniors rag him and tell him to collect all the information about Gaurav. One day the ragging increases so much that he starts seeing visions of Gaurav. He visits Gaurav’s house and brings over his stuff. He goes to Prof. Anirudh and discusses it with him to which he replies that it’s just an illusion. His wife, Dr Mira, who’s also a Professor at the same institute, suggests him to change his room to which Prof. Anirudh refuses and tells him to stop thinking about Gaurav. Abhimanyu starts hallucinating about Gaurav to an extent that he starts talking to him. Prof. Anirudh interviews Abhimanyu about his experience with Gaurav and how it all started. Prof. Anirudh tells Abhimanyu that ghosts don’t exist to which Abimanyu disagrees and tells him that Gaurav really exists. It is later discovered that Prof. Anirudh was using him for his thesis and told the seniors to rag him. Abhimanyu finds about it and feels betrayed. Prof. Anirudh later comes to Abhimanyu and tells him about how he was doing it for a good cause. Abhimanyu tells Prof. Anirudh that he can still prove him wrong and invites him to his room and there it is seen that Abhimanyu’s body is hanging from the fan and that Prof. Anirudh, himself, was talking to Abhimanyu’s ghost.

Be the first to review “404 Dvd” Cancel reply