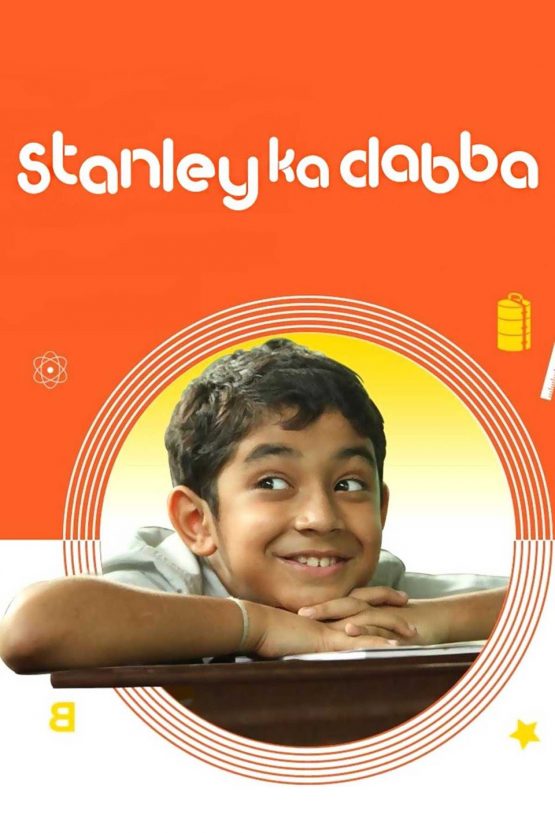 School boy Stanley does not carry lunch, which is noticed by a teacher who forces kids to share their food with him. He soon warns Stanley that he must get a lunch box if he wants to attend school.

Stanley (Partho Gupte) is a fourth grader at Holy Family school in Mumbai and is very popular among his friends. He is talented and well liked by his peers. The English teacher, Ms. Rosy, (Divya Dutta) is particularly impressed with his creativity, wit, and humour. Stanley is shown with a bruised face in the opening scene of the movie. On being questioned about it by Ms. Rosy, he concocts an elaborate story, much to her amusement. His humorous essays and offhand poem recitations make him her favourite in class. However his imagination is not always rewarded; his science teacher (Divya Jagdale) rebukes his attempt at constructing a light house as part of the class project since it does not adhere to the topics covered in class.

It is shown early on that he doesn’t bring his lunch box or ‘dabba’ to school, unlike all his other classmates. Verma (Amole Gupte), is a ravenous Hindi teacher; a phagomaniac who does not bring his own dabba either but lusts after everyone else’s, also stealing food on occasion. The kids at school nickname him as ‘Khadoos’ (cantankerous person). He has a poor reputation among his peers for his mindless and inconsiderate gluttony. He particularly eyes the dabba of one of Stanley’s friends and shamelessly joins the group in class as soon as the lunch bell goes off to gorge on their food. A lot of his class time is spent discussing what his students brought for lunch.

One day, he ends up coming late during lunch-break and misses out on eating what he had earlier hoped to eat from the children’s dabbas. Upon realising that the food in question was shared with Stanley, Khadoos berates him for not getting his own dabba. Stanley senses Khadoos’ hostility towards him and avoids eating from his friends’ dabbas thereafter, telling them every day during lunch break that he is going home to enjoy a hot meal prepared by his mother. His friends catch his bluff soon after when they find him loitering around the school during lunch break. When confronted, Stanley tells them that there is no one to cook for him until his parents get back from Delhi. Eager to help their hungry friend out, Stanley’s friends start hiding from Khadoos during lunch break while sharing their dabbas with Stanley. Chagrined, Khadoos starts hunting for them arduously during lunch break every day. He catches hold of them eventually on the terrace, empty dabbas in tow. Upon realising that the group shared their lunches with Stanley again, he menacingly threatens Stanley to either bring his own dabba or stop coming to school. Stanley obliges and stops coming to school.

In this time, Stanley’s friends come to know of an inter-school concert that they think he would be a perfect fit for. However, since he is debarred from school by Khadoos, Stanley remains sceptical about his chances. He secretly starts attending practice sessions for the concert and begins learning the dance steps and song lyrics by himself. Soon after, he is spotted practising by one of the organizers of the concert. His talent is recognised and he is immediately included in the troupe. In the meantime, Stanley’s absence is felt by his teachers and friends, who finally spill the beans to Ms. Rosy about the reason behind his nonattendance. Aghast and disgusted, Ms. Rosy confronts Khadoos in front of other staff members asking him to “have some shame” since Stanley “is just a child”. Khadoos begins realising his folly.

One fine day, Stanley brings his own dabba to school. He offers it to Khadoos on a platter and asks him for permission to come back to school. Guilt-ridden and shame-faced, Khadoos resigns from his post. He apologises to Stanley in a handwritten letter and promises to never return.

Meanwhile, the inter-school concert is attended by the entire staff of Holy Family, all of whom appreciate Stanley’s performance. Ms. Rosy congratulates Stanley after the concert and offers him a ride home. However, he refuses saying that his mother is waiting for him in her car. The school’s Principal (Rahul Singh) later drops Stanley home, which we realise isn’t “home” but the restaurant at which he works. An orphan, Stanley is frequently physically abused by the proprietor of the restaurant, (his own uncle – Shashank Shende), leaving him badly bruised. He hits Stanley in the face for remaining absent from work for the majority of the day. A cook at the restaurant, Akram, empathises with Stanley and promises to pack leftovers at the restaurant into his ‘dabba’ every day, without his uncle’s knowledge. Stanley and Akram stay back and clean the place up for the night. The scene ends with Stanley lighting a candle next to a photograph of his parents, before going to bed. The next day onward, Stanley brings his own dabba to school and shares it with everyone while regaling them with details about how his mother prepared everything.