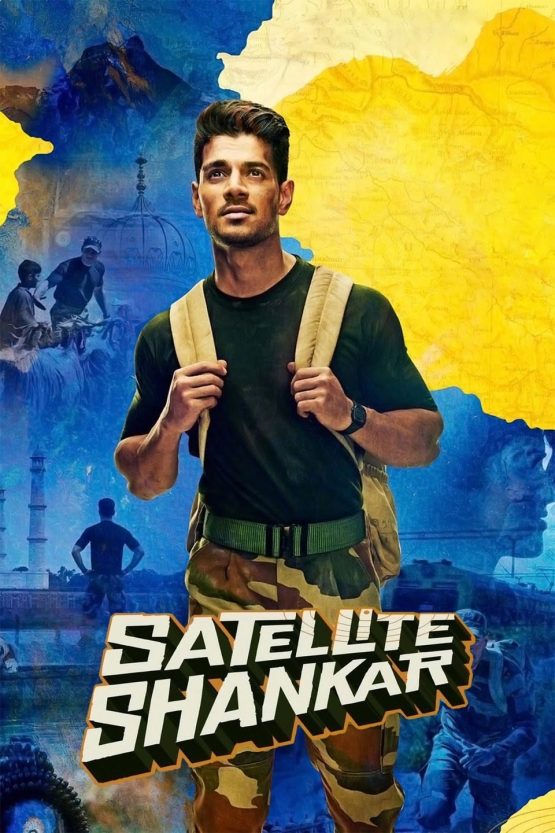 Shankar is an efficient military man who only aims to bring people together. His actions are taken note of by the public and the nation unites to help him fulfil his vow.

Satellite Shankar is a 2019 Indian Hindi-language action drama film written and directed by Irfan Kamal. The film starring Sooraj Pancholi and Megha Akash is produced by Cine 1 Studios and SCIPL. The film based on the life of Indian soldiers, tells a story of the adventures of Indian soldier (played by Pancholi). The principal photography began on 6 September 2018, and was shot across ten states in India.

Indian Army soldier Shankar gets injured in cross firing at the border. Senior Officer suggests him to take 8 days rest after consultation with doctors. Shankar requests for leave instead of rest, officers agree and tell him to report to duty on the morning of 8th day. While travelling, he helps citizens and ends up missing his train. Online news reporter covers his story without acknowledging him. The story later revolves around how he reaches his home and then back to duty in a short span of time.

Be the first to review “Satellite Shankar Dvd” Cancel reply