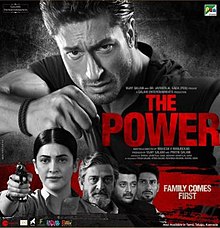 It is a hair-raising journey into the world of two lovers as both their families are ripped apart for the sake of revenge and power, and an entertaining look at how they rise out of that pit of blood lust and despair, together.

In early 1970s London, a nurse in training spends her first night at the East London Royal Infirmary during power outages caused by a miners’ strike. In the near-total darkness of the old hospital, she is haunted by a supernatural presence, and by her own troubled past growing up in an orphanage. [1]

Be the first to review “The Power dvd” Cancel reply